Cities: Skylines is the best selling title for Paradox Interactive and Shams Jorjani – VP of Acquisition at Paradox – revealed how the company will fight back piracy, as well as the percentage of pirated copies for Cities: Skylines these first two days.

As Shams said, Paradox will simply have to make a great game even better through free updates. Shams believes that this will make it more convenient to use Steam instead of downloading a pirated version of the game.

As usual our plan for pirates is to make a great game even better through free updates – making it more convenient to use Steam instead.

Shams believes that frequent updates will make the paid version more attractive and a superior product to the pirated one.

It's all about offering the superior service. That's how we bring down piracy. By making the paid experience a superior one.

Now most of you will say that pirates will go ahead and crack each and every update of Cities: Skylines, right? Well, not exactly. Paradox experimented with this idea in Magicka. And as Shams revealed, pirates stopped posting new pirated version of Magicka after a while. 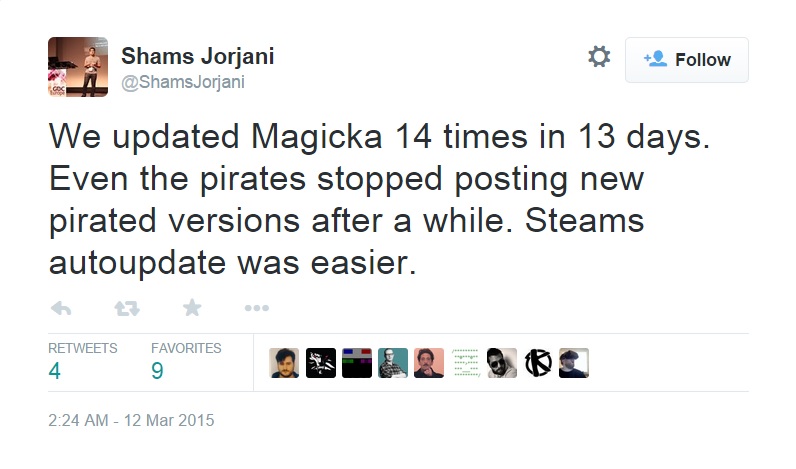 Lastly, Shams revealed that on its first day there weren’t any pirated copies of Cities: Skylines. On its second day, however, Paradox had 16% piracy.