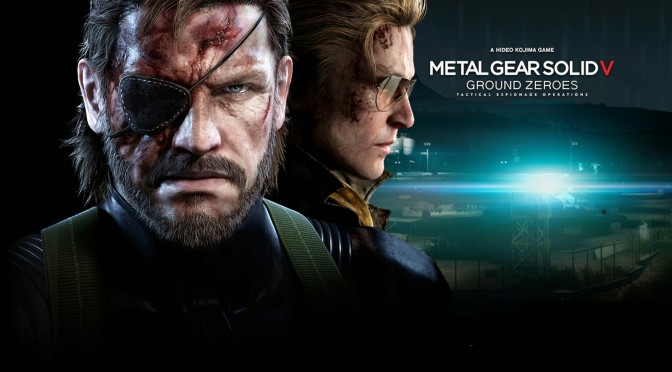 As you already know, Konami and NVIDIA have showcased the PC version of Metal Gear Solid: Ground Zeroes at an event in Akihabara. While there is still no video footage from the PC version, Steam user ‘gurapo‘ has shared some new details from that event.

As gurapo claimed, Metal Gear Solid: Ground Zeroes runs on DirectX11 and will have an framerate option via which PC gamers can select either 30fps or 60fps.

View distance seems to be improved on the PC version of MGS: GZ, and there may be some tessellation effects for the ground/terrain.

In addition, the game will support multi-monitor setups from the get-go.

It’s pretty unclear whether there will be any NVIDIA features – such as HBAO+. To be honest, we expect to see both HBAO+ and TXAA as MGS: GZ is advertised as a TWIMTBP title.

Last but not least, Konami will make an announcement regarding Metal Gear Solid: Ground Zeroes tomorrow. If we had to guess, we’d say that this announcement will be about the PC version (price, PC requirements and first images/videos).

So stay tuned for more everyone! 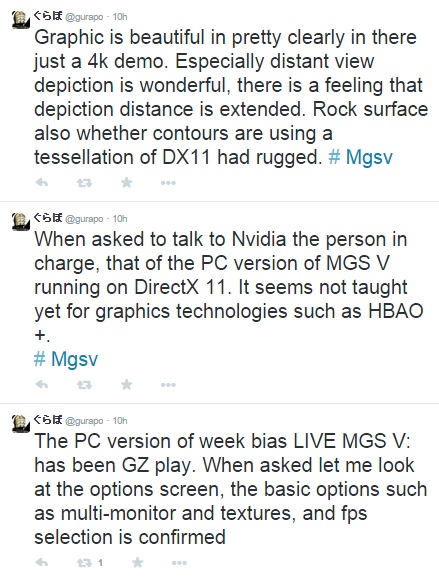