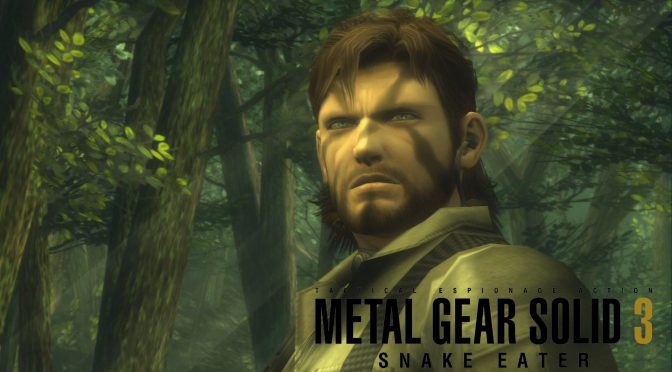 Now this came out of nowhere. Konami and NVIDIA have released Metal Gear Solid 3: Snake Eater HD Edition for the NVIDIA Shield TV. Yes, while we are not getting a PC version of this classic game, NVIDIA Shield owners will now be able to enjoy it on their device.

Metal Gear Solid 3: Snake Eater HD Edition is a critically acclaimed installment to the iconic stealth-action franchise. This prequel to the previous Metal Gear Solid titles takes you back to 1964 and lets you play as the agent Naked Snake.

Players will stealthily navigate hostile territory in an attempt to help a Russian scientist defect to the West. Their mentor, The Boss, joins forces with the Soviet Union to unleash a devastating nuclear warhead on a Russian research facility. Snake must once again infiltrate the USSR, this time on a mission to track and kill The Boss and prevent all-out war from erupting.

This is a classic MGS game and we are a bit surprised to see it on NVIDIA Shield. It’s worth noting that NVIDIA Shield uses the Android OS. As such, this HD port may also be playable to some tablets or phones.

Still, we find it a bit awkward that Konami has not released this HD Edition on the PC. Now in case you didn’t know, PC gamers can enjoy this game via the PS3 emulator, RPCS3. However, we’d love to see a proper PC version of it.

Here is hoping that Konami will port Metal Gear Solid 3: Snake Eater HD Edition to the PC after this Android/Shield release!