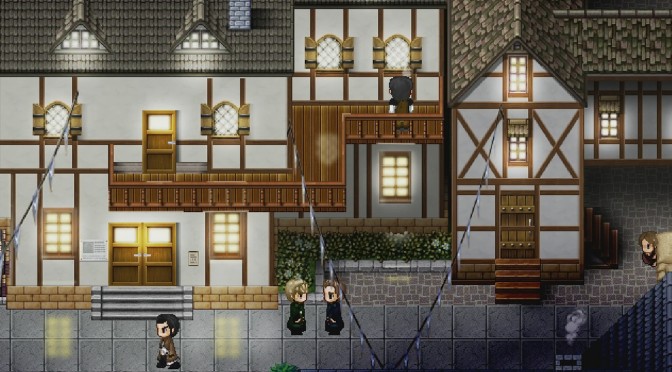 Kelly McGuire has informed us about a JRPG she’s been working on – as a co-writer and editor – called Melancholy Republic. Melancholy Republic is being developed by Cloud Runner Studios, aims to be a 16-bit JRPG cinematic story driven game, and there is a Kickstarter campaign for it that ends in 16 days (aiming to raise £15K in total).

Melancholy Republic tells the tale of the ambitious and flawed Claire C. Lockridge.

“A female politician whose efforts to end the corruption at the heart of her country will forever change her life and the course of history. The story is told across four chapters, each with its own memorable characters and their personal stories. Using a mix of beautiful illustrations and art to tell the a deep, multi-layered tale, explore the city of Lorna, speak to hundreds of characters and get lost in the mature, story based adventure of Claire C. Lockridge.”

• Experience the deep and tragic story of Claire and Marianne. Set against the backdrop of a richly detailed political and cultural world.
• Explore the beautiful and vast environments across the city of Lorna. From the rich halls of parliament to the vast ‘slums sky rise’.
• Uncover the heartbreaking stories by meeting the people of Lorna. Each chapter has a self contained story introducing new memorable characters and their own personal stories.
• Savour a rich, varied and original soundtrack. In the spirit of classic JRPGs Melancholy Republic boasts a heavily melodic and deeply original collection of music.
• Make decisions that change aspects of the story. Claire will often have a choice to make which will affect aspects of her story (think Final Fantasy 7, not Dragon Age).