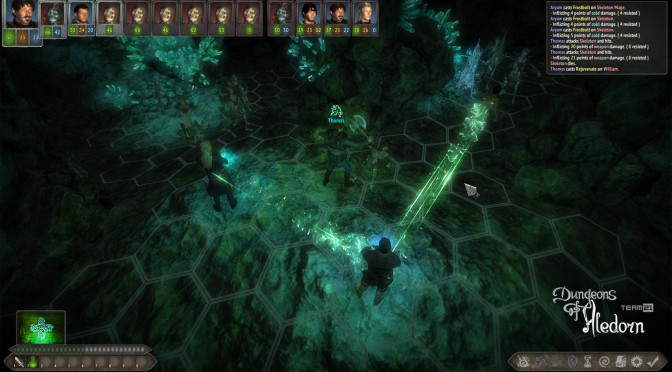 Team 21 has informed us about a spiritual successor to the old-school hardcore RPG/Dungeon Crawler masterpieces, called Dungeons of Aledorn. Dungeons of Aledorn combines a tactical combat system and a first person view in order to explore its world, and has a Kickstarter campaign that ends in 16 days.

Dungeons of Aledorn will sport a wide selection of combat actions to choose from, a genuine character injury distribution system, as well as a stamina points system. In addition, the game will feature widely branching conversations (your options will vary according to the skills and attributes of your adventurers) and multiple ways to complete quests.

In Dungeons of Aledorn, players use their wits in exploration mode to engage enemies at suitable locations and use the scenery to your advantage to increase your chances of success; whilst managing characters´ actions, even during travelling and camping in order to craft, repair or find useful items or just to protect yourself against enemy ambushes.

Dungeons of Aledorn is powered by Unity 4 (although the team aims to port the game to Unity 5 once it gets funded) and has just been Greenlit.