I don’t know whether this is good or bad news. On one hand, Rockstar Games has just announced that Max Payne 3 is expected to launch on Xbox 360, PlayStation 3 and PC in March 2012 in North America and Europe. On the other hand though, March 2012 is so far away that we really don’t feel that much excited. Well… obviously things would be different if, let’s say, the game was coming out in December but March 2012 is almost a year away. Oh, and we should also count for some delays as this is Rockstar we’re talking about.

“Max Payne 3 gave us an amazing creative opportunity to evolve one of our most iconic characters. We’re excited to show fans a modern version of Max that pulls them back into his dark and twisted story.”

Max Payne 3 continues the tale of former New York City detective, Max Payne. Still haunted by the memories of his traumatic past, Max begins a new life working private security protecting a wealthy industrialist and his family in Sao Paulo, Brazil. When gangs target the family under his protection, Max is forced to fight to save his clients and clear his name, in a bid to, once and for all, rid himself of the demons that have tortured him for far too long.

Picking up where the release of Max Payne 2 from series creator Remedy Entertainment left off, Max Payne 3 is a true cross-studio collaboration between Rockstar Games’ global development teams. The game utilizes cutting edge technology for a seamless, cinematic action experience, incorporating the latest advances in Natural Motion physics and a brand new iteration of Rockstar’s own Rockstar Advanced Game Engine. The result offers highly-refined gameplay, with an extensive range of realistic weaponry, an intelligent cover system and sophisticated Bullet-Time mechanics.

In addition to an expansive single-player campaign, Max Payne 3 will be the first title in the series to introduce an addictive multiplayer experience. Max Payne 3’s multiplayer aims to deliver a compelling experience that dynamically alters maps and mode progression for all players in a match. Along with traditional multiplayer modes, Max Payne 3 will also include a deep reward and leveling system, persistent clans and multiple strategic load-out options.

Max Payne 3 promises to deliver a dark, gritty action experience that is sure to satisfy newcomers and fans to the historic franchise. 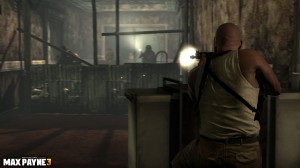 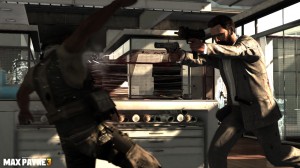