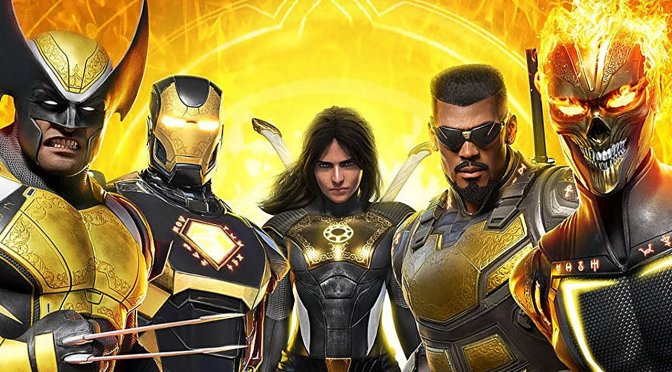 2K Games and Firaxis have announced that Marvel’s Midnight Suns has been delayed until the second half of 2022. The game was originally targeting a March 2022 release.

According to Jake Solomon, Firaxis needs more time in order to develop this new Marvel game. The dev team will use these extra months to add more story, cinematics and overall polish to the game. 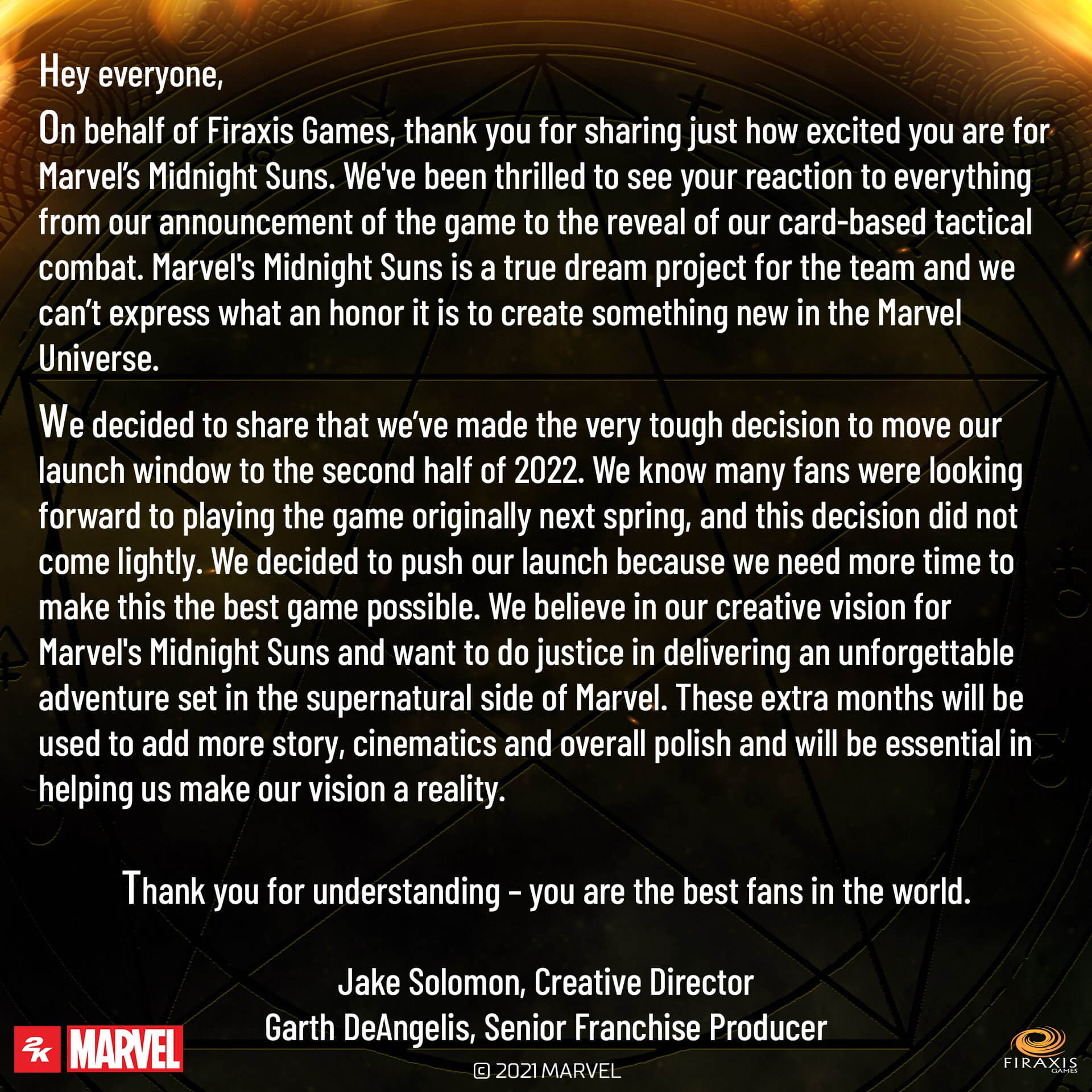 Lastly, Marvel’s Midnight Suns will not feature any loot boxes, though it will have cosmetic microtransactions.