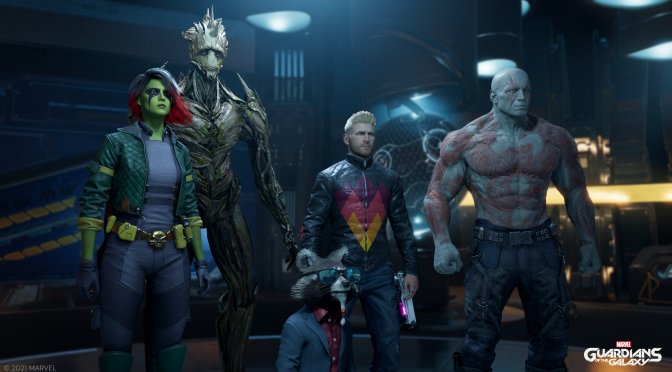 Square Enix has revealed the official PC system requirements for Marvel’s Guardians of the Galaxy via its Steam store page. According to the specs, PC gamers will need 150GB of free hard-disk space in order to install it.

Marvel’s Guardians of the Galaxy will invite players to walk a lightyear in Peter Quill’s jet boots and lead his band of misfit heroes-for-hire across the cosmos in search of glory, riches and a way out of whatever mess they’ve gotten themselves into this time.

Marvel’s Guardians of the Galaxy will be a single-player game that – according to its devs – won’t have a DLC or micro-transactions. However, and after what happened with Marvel’s Avengers, we are a bit cautious about this. The game will be also using Denuvo, and will support both Ray Tracing and DLSS.

This new Marvel game will release on October 26th, and below you can find its full PC system requirements.