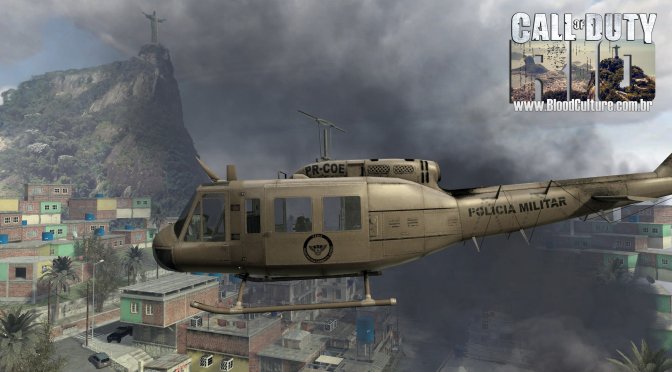 Call of Duty Rio is Total Conversion mod that is entirely in Brazilian Portuguese. This mod packs over 4000 new Brazilian voices, and there are no plans to release an English version. However, and since this is an MP mod, it shouldn’t really bother most players.

The mod features 12 maps located in Rio de Janeiro including classic remakes such as CS_RIO. All maps feature dynamic weather and there are over 3000 Easter Eggs. The mod also packs 30 gametypes with random objectives in each round, 4 Real Police Forces and 4 Real Crime Factions. Additionally, there are 68 Weapons, as well as a brand new Weapon Camouflage system. You can also find 5 military helicopters, and 5 TV stations helicopters that will disrupt the work of the police.

Call of Duty Rio supports servers with up to 64 players, and has a full rank system with custom classes. Not only that, but it has an “Intelligent Server” and an intelligent Anti-Camping system that is coded to each gametype.