Bluehole has released a new major update for PlayerUnknown’s Battlegrounds. PC Patch 12 adds better in-game descriptions for all of the new grips and attachments, re-balances a lot of weapons, and adds a new weapon, a new vehicle for Miramar, and a ton of new weapon attachments.

Bluehole has also improved the UI for team mode and perspective selection, added a map selection tool, and brings back War Mode (do note though that the event will end on May 6th). The team has also added an option to adjust vertical mouse sensitivity and an option to change the hotkey for reporting a player during killer spectating.

Naturally, this patch also fixes numerous bugs, reduces some overly-dramatic collision effects that occurred when the motorbike crashed into other vehicles, resolves some strange collision problems that were affecting character models and bullet cartridges, fixes certain problematic terrain elements and some abnormal orange lighting effects in buildings on Erangel, and brings various adjustments/tweaks to the Miramar map. 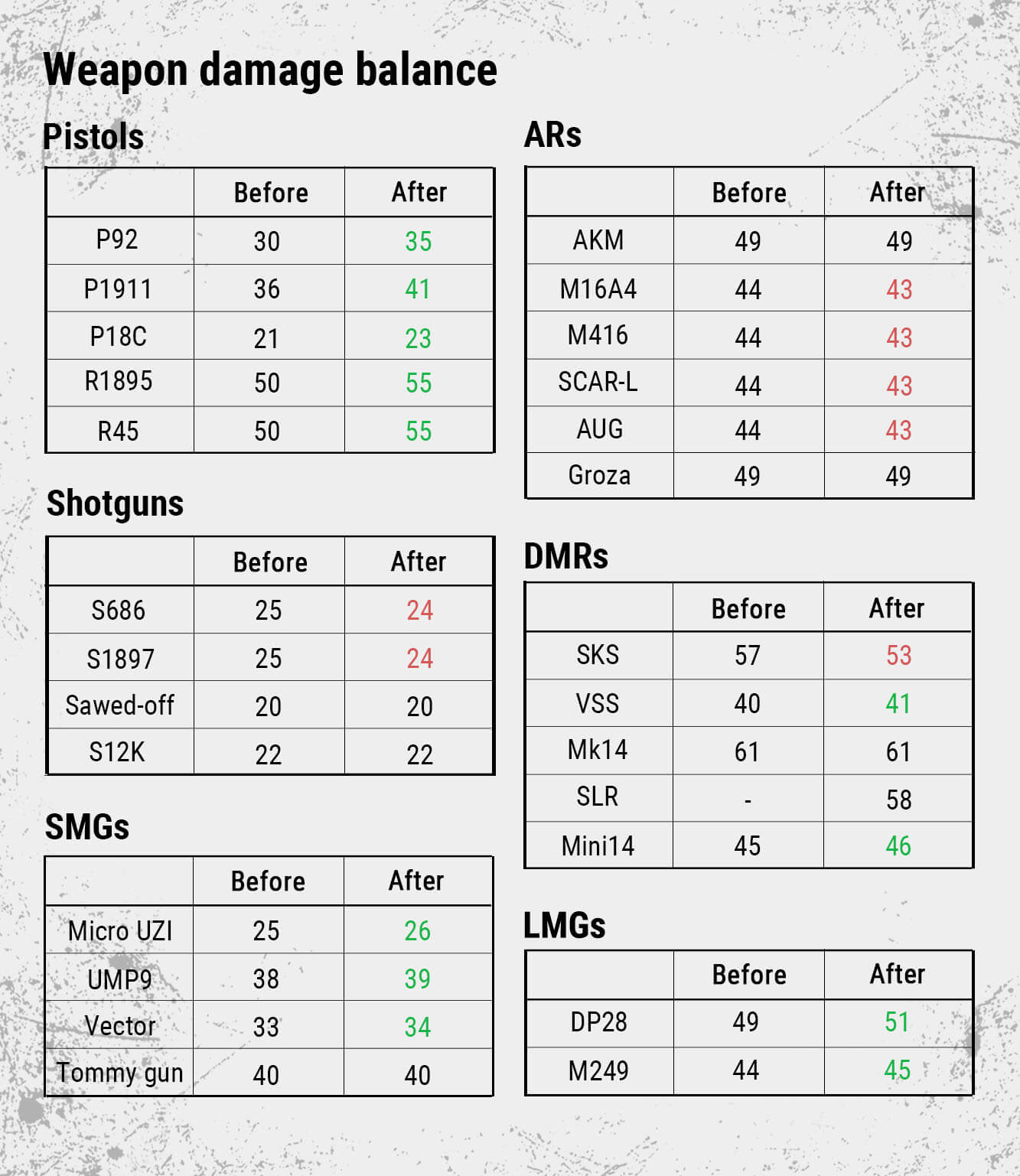 The Mirado is a classic muscle car: a fast, four-seat sedan that’s limited to Miramar. It can be found around downtown areas and main city streets

Think of the Mirado as a compliment to the other unique vehicles on Miramar: The van is extremely sturdy, but slow and ineffective when taken off-road; The pickup is great for off-road travel; And the Mirado is the fastest way to blaze down a highway.

We’ve made more improvements to Miramar: