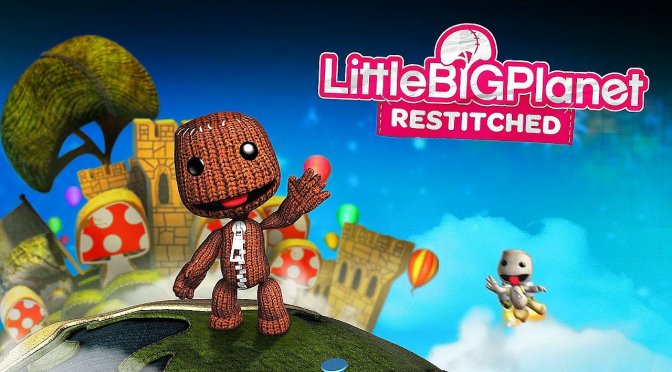 As the team notes, this project will be available for free and is in no way meant to infringe the copyrighted content of the original title on which it is based. Obviously, the team is trying to avoid receiving a C&D letter. However, I don’t know whether Sony is fine with such a thing.

But anyway, the team of LittleBigPlanet Restitched is currently working on a brand new story mode. This story mode will feature universal moral messages, as well as exciting themes, curators, and prizes. Moreover, players will be able to play community levels, and create their own.

Players will be able to collect an assortment of new materials, stickers, decorations, objects, costumes, tools, and more. They will also collect and use an assortment of beautiful new stickers from the team’s designers and artists. Furthermore, all-new music from community composers will be available to use in their own creations.

LittleBigPlanet Restitched aims to feel the same way the original games do, so jumping into the fun should feel familiar and comfortable.

There is currently no ETA on when this LittleBigPlanet remake will come out. However, we’ll be sure to keep you posted. As such, enjoy the following trailer and stay tuned for more!