PlayDead has released a special boxed edition of Limbo. Created for fans, this limited boxed edition includes a disc with a DRM-free version of the game for PC or Mac, seven original art cards, a Soundtrack CD, a sticker of the game’s main character, 3D glasses and a Steam gift key.

Limbo was the first game released by Playdead, a truly independent game studio based in Copenhagen, Denmark. Playdead is currently in production on its next game.

Limbo Special Boxed Edition is available for $24.99 and can be purchased from multiple retailers. 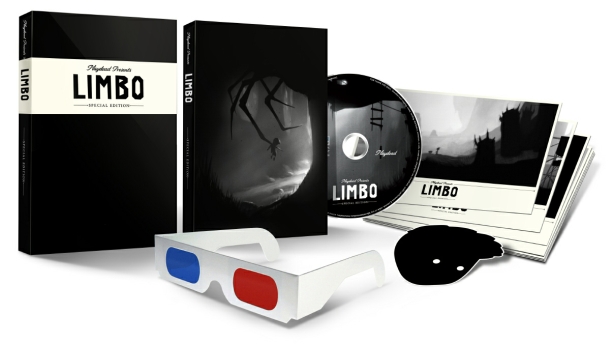