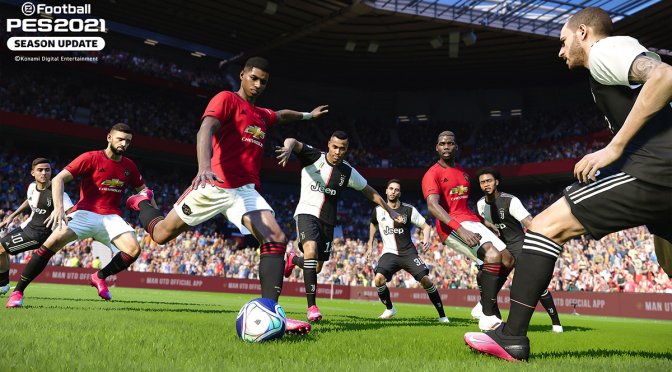 Konami has officially announced that its Pro Evolution Soccer series will be now renamed to eFootball. eFootball promises to be an all-new football simulation platform, and will be free to play on all devices.

eFootball will be using Unreal Engine 4 and will release on current-gen and old-gen consoles, as well as PC and mobile devices. However, it appears that the PC version will not feature any next-gen graphics like Playstation 5 or Xbox Series S|X.

“You can enjoy cutting-edge graphics and incomparable immersion on new-gen consoles, such as PlayStation®5 and Xbox Series X|S.”

So yeah, don’t expect any major graphical improvements on PC.

Konami also claims that it will add cross-play support between PC, consoles and mobile devices in Winter. This could mean that the core gameplay mechanics will be similar on all devices. In other words, there won’t be any exclusive next-gen gameplay mechanics (like in FIFA 22).

To be honest, I’m a bit disappointed by this. It’s obvious that Konami tries to turn Pro Evolution Soccer into a GaaS, and that’s a big NO from me. Yes, it will be free to play but we all know that Konami will make a lot of money from MTX. On the other hand, both FIFA and PES looked and played almost the same in the past couple of years, so we can at least play the game without paying an entry fee. Either way, this was not what I wanted from a next-gen PES game.