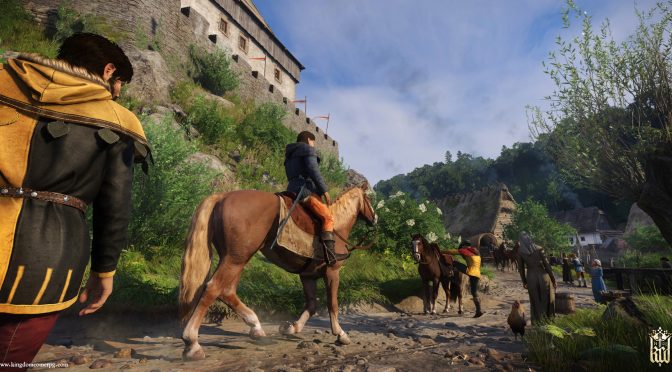 Kingdom Come: Deliverance has just been released on the PC and the first mods for it have surfaced. A few days ago we informed you about its first mod that enabled unlimited saves and today we are bringing you mods that make lockpicking easier, make merchants richer, make arrows faster and more realistic and remove Fog of War.

Sectorial Lockpicking is a mod that makes lockpicking easier without breaking the game mechanics. In SLP the lockpicking wheel has been divided into sectors and players can now see where they need to hold the little yellow circle.

The No Fog of War mod, as its title suggests, completely removes all clouds above the game map, thus making it possible for players to travel on a clean map from the very beginning of the game. You can download the mod from here and in order to install it you’ll have to put the file with the extension .pak from the archive into the Data folder in the main game directory.

The Faster Arrows mod makes arrows more fun to use than vanilla, by making them fly a lot further and faster, which is way more realistic than the vanilla slow arrows. To install it, you’ll simply have to unrar the downloaded .rar file and put the zzz_fastarrows.pak file into the Data folder in the main game directory.

Last but not least, we have to mods that make merchants richer and make training cheaper. The Richer Merchants mod increases the wealth of all merchants to your liking. Do note that you may have to wait for a whole in-game day for these changes to take effect. On the other hand, the Cheap Training mod decreases the cost of training by 10% or 50%. As with all previous mods, you’ll simply have to put the .pak files into the Data folder in the main game directory.