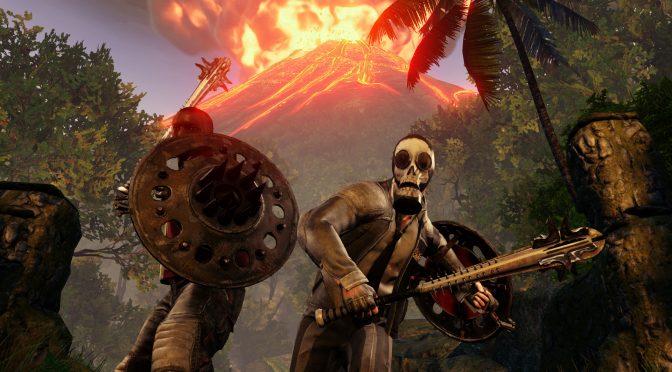 The brand-new Gorefiend Zed, an even more dangerous brother to the Gorefast Zed, brings additional challenges for new and veteran players with its dual blades and powerful attacks. Players will have to dodge and weave the Gorefiend’s attacks through a brand-new map, Zed Landing, which will take them to a tropical lush island.  This island is also home to an active volcano, which may pose a greater danger than the Zeds that lurks in its dark jungles.  The last major addition comes in the form of the Bone Crusher, a devastating makeshift mace and shield for the Berserker perk.