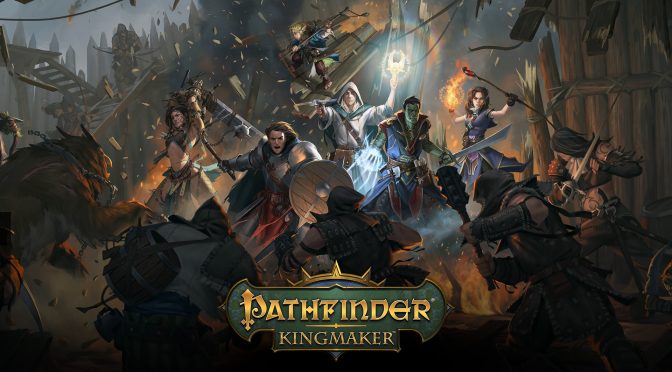 Owlcat Games announced today the launch of its crowdfunding campaign for the party-based fantasy video game Pathfinder: Kingmaker on PC. According to the press release, players will be taken on an adventure through the infamous Stolen Lands, the dangerous and turbulent territories well known within Pathfinder fandom.

The computer RPG will revisit familiar characters and well-known locations of the series’ lore as well as treat players to brand new deadly foes and unforeseen twists and turns on their journey through the land. Pathfinder: Kingmaker allows gamers to claim these lands as their own, letting them carve their own kingdom from the wilderness. History and destiny will be shaped by choosing a path of tyrannical rule, subtle diplomacy or trickery and deceit. Subjects of the kingdom and companions in the party will love or loathe these moral decisions and the chosen path will influence the development and appearance of the kingdom’s capital city.

The veteran RPG developers from Owlcat Games, strengthened by Chris Avellone for narrative game design, present their ambitious goals for Pathfinder: Kingmaker on Kickstarter. The campaign includes multiple stretch goals that fund a whole new level of development options, like story chapters, additional races and enhancements to core game mechanics. In return gamers seeking to back the project will reap unique rewards in their digital or physical copy of the final game, ranging from discounts for early backers to in-game items, beta access, figurines and digitalizing their real-life pet in Pathfinder: Kingmaker.

“Our focus is on quality. A game with true consequences to player choices is a massive undertaking and there are so many interesting ideas that we want to explore that fall outside our budget. Our goal is to make a great RPG that does justice to the Pathfinder universe. We want to offer more companions, add companion depth, new classes, new dungeons and wilderness to explore, more Kingdom events, and even brand-new quests and custom content by famous Pathfinder and cRPG authors.”