Did I ever tell you that I love those classic SNES JRPGs? Oh, I did? Well let me say it one more time; I love JRPGs from the 16-bit gaming era. And I’m delighted to inform you about a new JRPG that has been funded – via Kickstarter – and is inspired by games like Secret of Mana, Chrono Cross and Suikoden.

So, PC gamers, meet Rainfall: The Sojourn. Rainfall: The Sojourn is said to feature a unique real-time combat system that focuses on positioning, chaining abilities, and for the pros, micromanaging secondary character, field map abilities that can be used to help traverse areas, a Skill System with progression (with all characters possessing unique skills), and interactive environments, with lots of places to go and explore.

In addition, this game will be packed with unique puzzles and brainteasers that fit naturally in the game world, a compelling story that will have you controlling different characters throughout the game and witnessing intriguing cut-scenes, a plethora of items that can be used to improve battle prowess, general customization, or just sold for cash, a unique party system that allows NPCs to join your party and 6 playable cast members (only 2 can be used in battle at one time).

Rainfall: The Sojourn has already been funded (as its initial goal was only $9K) and there are still 20 days left to its Kickstarter campaign.

Here is hoping that the Karim team will release some footage from it. 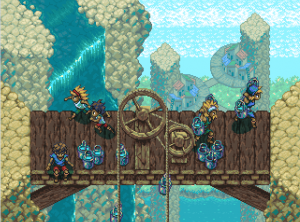 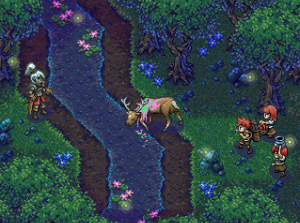 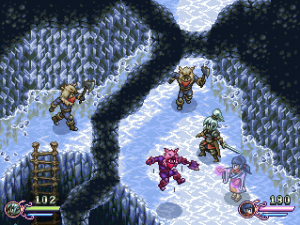