Okay, this is not much but what the hell; it’s the first screenshot of Dragon Age 3 so let’s all celebrate it, even though we can’t see much as everything looks a bit blurry. Perhaps too blurry. And low-res. And why didn’t BioWare reveal the raw image this morning? And why are they teasing us? Let’s all bash BioWare for doing this. Boooooo BioWare for treating us like that, we hate you. No we love you, but we hate you. Oh bummer.

But anyway, during a talk at the Bradford Animation Festival, BioWare’s Art and Animation Director, Neil Thompson, revealed the first screenshot of Dragon Age 3: Inquisition.

Luckily, a BioWare fan has managed to capture it via his own camera and shared it at the official BioWare forums.

As said, it doesn’t show anything noteworthy, but Neil Thompson said praised Frostbite 2.

Enjoy this blurry screenshot and let’s hope that BioWare will release a proper version of it! 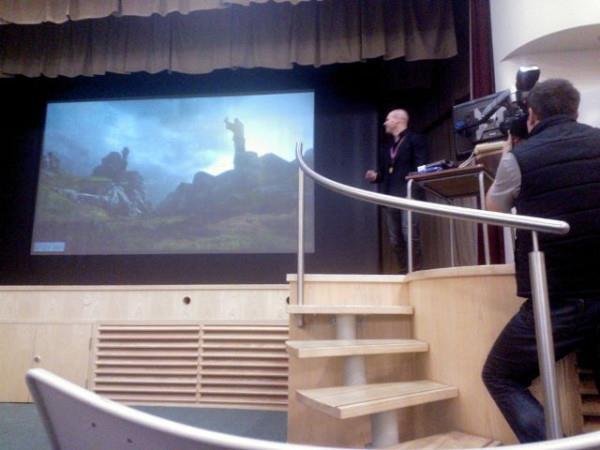