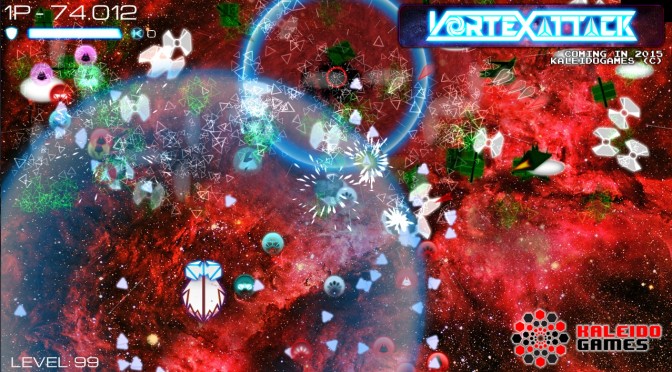 Kaleido Games has informed us about the release of its neo-retro SHUMP, Vortex Attack, on Steam. Vortex Attack is described as a frantic shooter with lots of visual effects in which black holes must be closed with the energy which is dropped by its guardians on their destruction.

The game will be released tomorrow and will be priced at 4,99€.