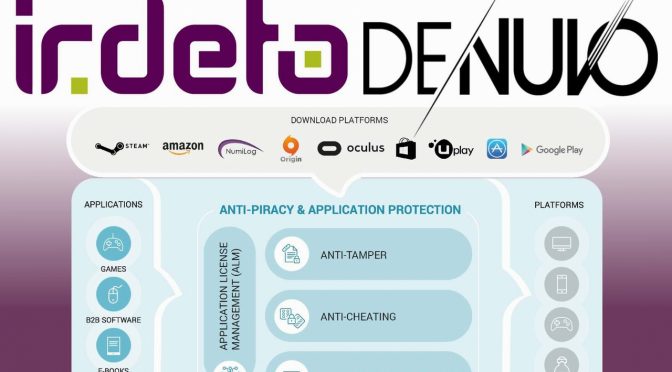 Irdeto has shared some new data from its recent research regarding PC gaming piracy. As the press release reads, Irdeto tracked the downloads of a major sports title on P2P networks after the title, which did not include anti-tamper protection, was cracked on the same day of its release.

During the first two weeks, Irdeto detected 355,664 torrent downloads of the illegal copy of the title. Given the retail price of the game, this puts the total potential loss of revenue from P2P downloads at $21,336,283. The research also found that the first day of release is crucial for the protection of a AAA title, as 12% of the illegal P2P downloads occurred within the first day of the cracked copy appearing on the P2P networks (and a substantial number of these in the first hour).

“Piracy is a threat that is firmly established in the games industry and, as our research suggests, it can result in potentially huge revenue losses for publishers if their games are compromised within the 14-day window following release. With this in mind, it is crucial for publishers to implement security strategies that make their games as difficult as possible to crack and reverse engineer. This way they will be able to better protect the revenues that allow them to continue to create such compelling games.”

The research, however, did not include the number of gamers that bought the game after testing/playing the pirated copy. As such, the real potential damage for publishers is not as enormous as the report claims. Moreover, a pirated copy does not equal to a lost sale as there are some gamers that are simply tempted to download the game in order to test it (similarly to what demos were back in the days. And since these days there aren’t any demos, some gamers are using pirated versions as mere demos and nothing more. Of course it’s illegal but then again these gamers were never part of the game’s target group and would had never bought the game).

So yeah, while Irdeto’s report is an interesting read, it does not really cover everything and does not really represent the real damage for publishers. 355K illegal downloads is a big number but what publishers need to understand is that a respectable number of those 355K pirates would had never bothered with that game in the first place. As such, publishers should not treat their legal customers like criminals and slap DRMs in their games. If your game is good, your target audience will buy it in order to support it. However, if you immediately treat them like criminals and – on top of that – include one hell of micro-transactions, you can kiss those PC sales goodbye, no matter what DRM you will be using.