Intel has released some security firmware updates for its CPUs in order to address the Meltdown and Spectre issues that affect its processors. However, it appears that these updates cause reboot issues on Broadwell and Haswell PC configurations.

“We have received reports from a few customers of higher system reboots after applying firmware updates. Specifically, these systems are running Intel Broadwell and Haswell CPUs for both client and data center. We are working quickly with these customers to understand, diagnose and address this reboot issue. If this requires a revised firmware update from Intel, we will distribute that update through the normal channels.  We are also working directly with data center customers to discuss the issue.”

Intel concludes that end-users should continue to apply updates recommended by their system and operating system providers. As such, we strongly recommend applying the software updates that Microsoft and Windows will list for your systems, however, you should hold your horses when it comes to firmware updates.

As a bonus, here is a graph from Intel showing the performance hit that its security updates for Meltdown and Spectre will bring to various Intel processors. Gamers should focus on the 3DMark results as they showcase the DX11 performance hit that Intel measured. Still, those interested can also find our results here. 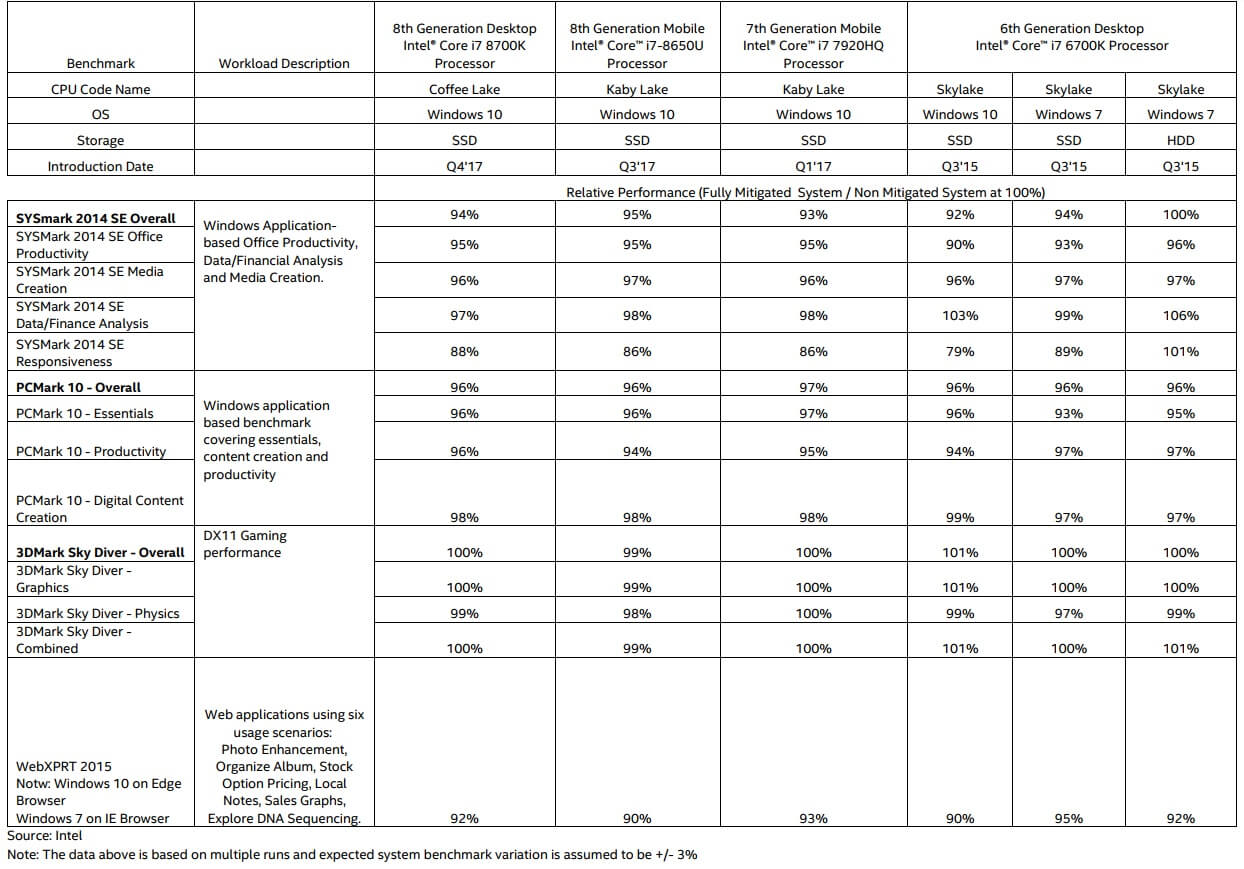