As mentioned in my previous article, Intel’s new Rocket Lake-S CPU beats an undisclosed AMD 12-core Ryzen in the Metro Exodus game. Now the company’s flagship Rocket Lake Core i9-11900K processor has been tested in a variety of games in CPU limited situations. Testing was done at 1080p resolution, and yes it includes the Cyberpunk 2077 game as well.

All games were tested on the 1080p graphics settings to truly test the capabilities of the CPU. There appears to be a difference in performance range from 8% in Total War: Three Kingdoms game, which is a very CPU intensive title, to 2% in Assassin’s Creed Valhalla. On an overall aggregate basis, Intel’s Core i9-11900k is about 4.4% faster than AMD’s Ryzen 5900X CPU. 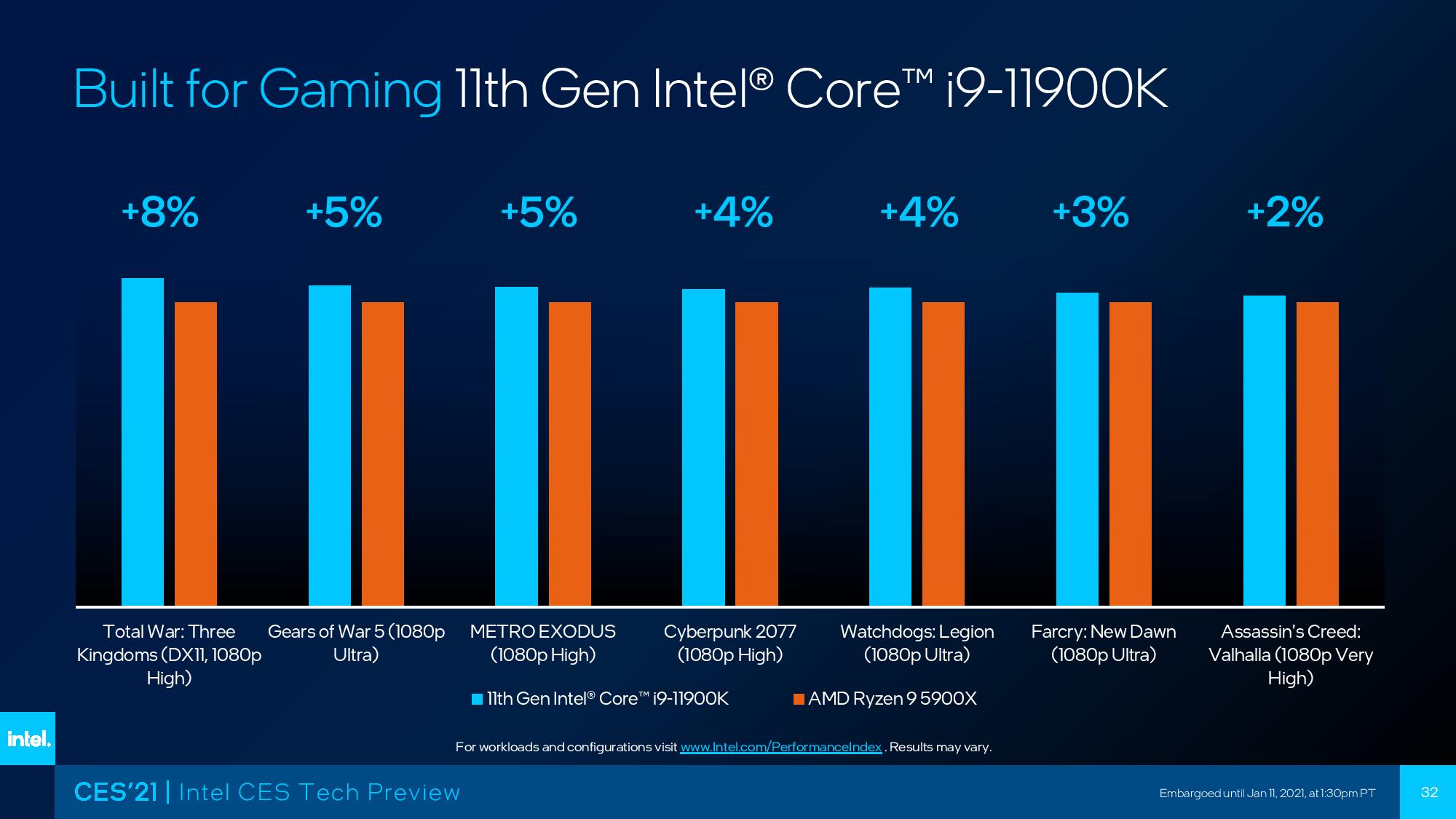 AMD’s new Zen 3-based Ryzen 9 5900X actually has more cores but it appears that Intel’s IPC performance is shining through, even on a refined 14nm process Node. Intel clocked its new Core i9-11900K processor at all the way up to 5.3GHz which is a pretty high clock speed for a CPU, thus helping it beat AMD’s Ryzen CPU in the end.

The company also showed off a demo of Cyberpunk 2077 running on the new Rocket Lake S platform paired with an NVIDIA RTX 3080 GPU. From the video we can see the game seemed to be fairly running smooth, but no performance/fps figures were given. 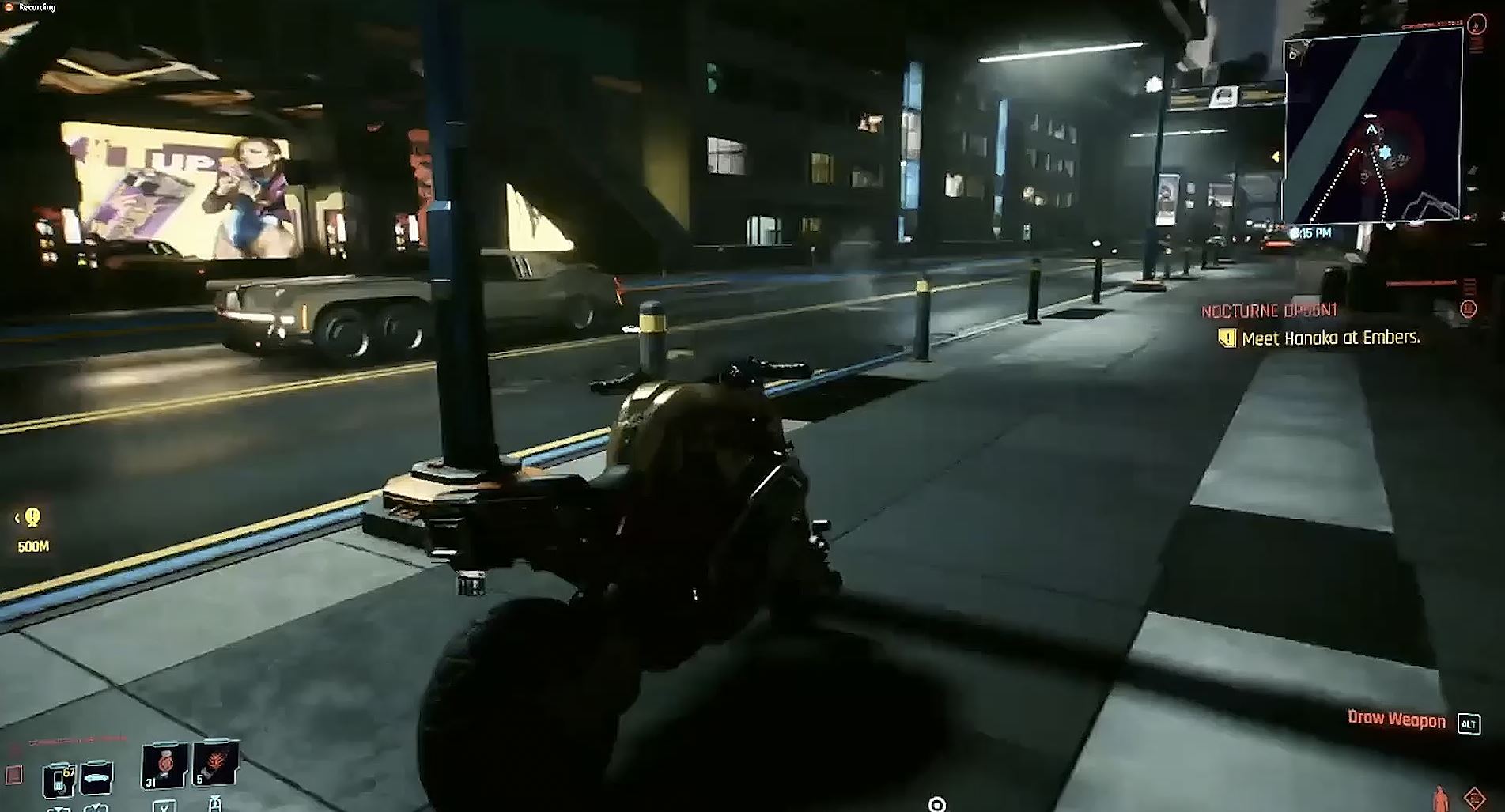 Intel claims that Rocket Lake’s IPC and frequency improvements offset the removal of the two cores, implying the chip will offer the same performance as the previous gen ten-core 10900K CPU.

Rocket Lake-S desktop platform is the last CPU architecture to be based on an advanced and refined 14nm process node. Intel has confirmed that the 11th Gen Core series features 20 PCIe 4.0 lanes off the CPU, which are 4 lanes more than the current 10th gen Comet Lake-S lineup.

Rocket Lake will use a 14nm back-port of the 10nm Sunny Cove cores found in the Ice Lake processors.

“Backporting” is a technique that allows Intel to take a new design built on a smaller process node, in this case 10nm, and put it on an older, larger node like 14nm. Also, the RKL CPU lineup will max out at 8 cores/16 threads. According to Intel, Rocket Lake-S will have a PL1 state value of 125 Watts and a PL2 of 250 Watts.