Now we have reports that the flagship Rocket Lake-S Core i9-11900KK processor might be one hot chip. According to some screenshots posted on Chiphell tech forums, coming via 9550pro (Twitter), this processor can heat up to 98C while under full load.

But before jumping on any conclusion, please bear in mind that there are a lot of variables which cannot be fully verified in this leak, so the actual real world and gaming CPU performance might differ.

But nevertheless, if these test results are to be taken seriously, then things aren’t looking that good for Intel’s upcoming Rocket Lake- S CPU lineup. The said Core i9-11900KF processor, which lacks iGPU, was stress tested by someone over at Chiphell and the CPU hit 98°C on all-core boost frequency of 4.80 GHz, even when a 360mm all-in-one liquid CPU cooler was used.

The AIO cooler struggled to keep the chip from hitting 100°C, as the core temperature was reaching 98°C, and the whole CPU package power reported a value of 250.83 Watts. AIDA64 FPU burn-in stress test was used. This CPU has a PL1 TDP value of 125 Watts, and 250 Watts is the PL2 state value, same as previous gen Comet Lake lineup.

We don’t have info on the duration or the “Tau” variable, but it appears that all three parameters, PL1, PL2, and Tau might have been altered or modified by the user.

TAU is a timing variable. It dictates how long a processor should stay in PL2 mode before hitting a PL1 mode, or before having to fall back to the “base” frequency.

Do note that Tau is not dependent on power consumption, nor is it dependent on the temp of the processor, because if the CPU hits a thermal threshold limit, then a different set of low voltage/frequency value curves are used and PL1/PL2 is discarded.

PL1 is the expected steady state power consumption of any processor (long term). The PL1 is usually defined as the TDP of a processor. So suppose if the TDP is 60W, then PL1 is 60W.

PL2 on the other hand is the short-term maximum power draw for a processor. This number is higher than PL1, and the processor will go into this state when a stress or workload is applied, allowing the CPU model to use its turbo modes up to the maximum PL2 defined value.

Coming back to the testing, the CPU-Z software correctly detects the processor. Possible causes of this CPU behavior and high temp value can also be attributed to one of the following, either a wrongly installed AIO liquid cooler, or the power stage PL2 was locked at 250 Watts for a very too long time, and/or there might be incompatible BIOS or some setting which applied a wrong voltage value etc.

Moreover, the CPU had a voltage of 1.401V during the test which is a wrong reading, because according to AIDA64 the value should be 1.325V. Based on the high voltage value, we are not sure whether this was a manual user setting, the chip’s VID itself, or whether the motherboard was trying to stabilize the 4.80 GHz clock speed.

Rocket Lake-S will be housed on the 500-series motherboards. Although the Rocket Lake-S lineup will be the last to feature the LGA1200 socket/Z490 chipset, Intel is planning a full range of chipsets, including workstation W580, high-end gaming Z590, H570, and budget-oriented B560 and H510 series. The current 400-series motherboard chipsets will also support these upcoming SKUs after a BIOS update. 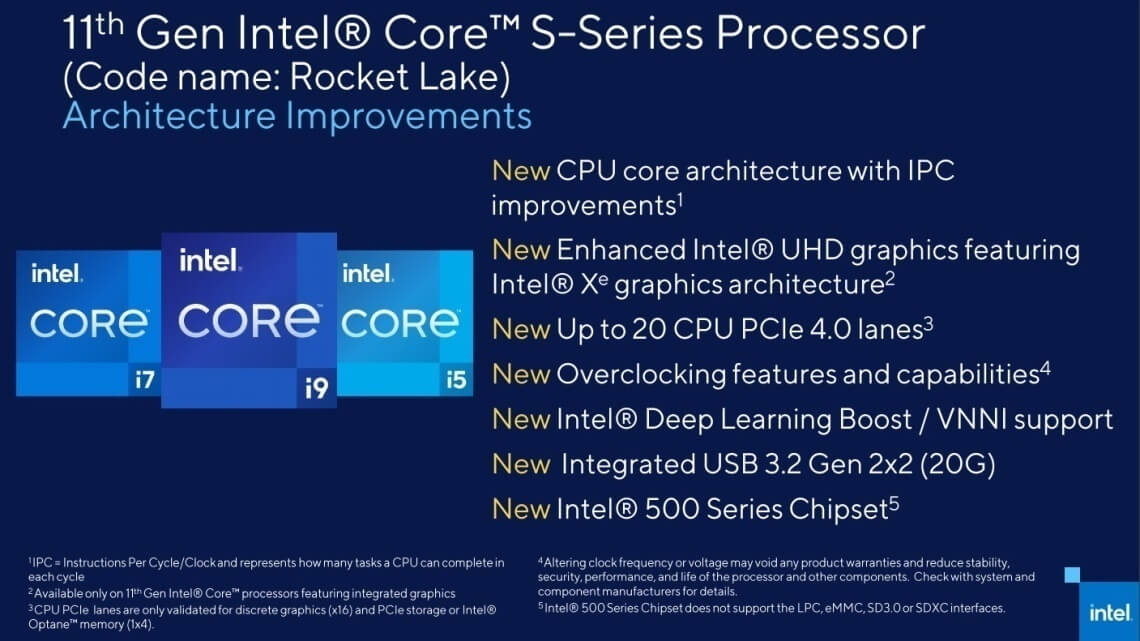 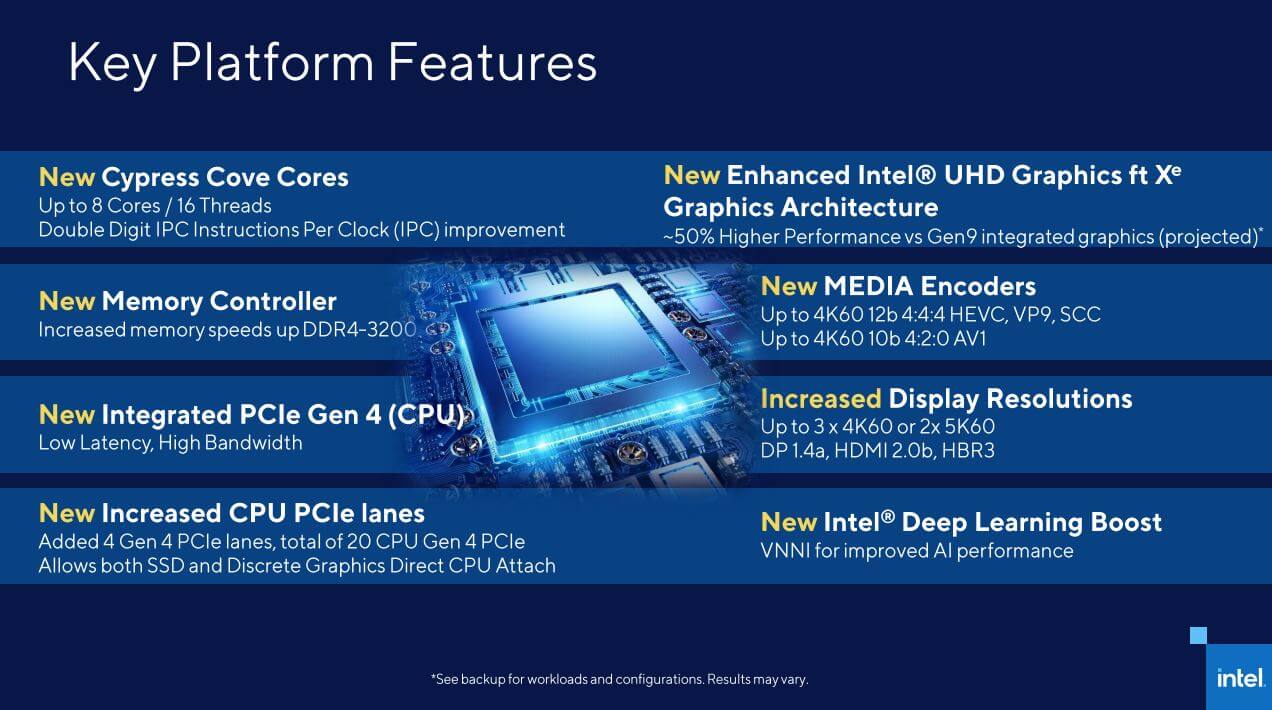