The full list of Intel’s 11th Gen Rocket Lake and Comet Lake “Refresh” desktop CPUs was leaked recently by a Chinese tech news outlet, ijiandao coming via @Harukaze5719. The outlet also reportedly shared the general specifications for both the CPU families which are apparently going to launch under the same 11th-Gen moniker.

Apparently, the 11th Gen Core processors will consist of Rocket Lake-S SKUs at the higher-end, but it will use “refreshed” Comet Lake-S SKUs on the lower-end of stack.

Above all, Rocket Lake will, at last, bring PCIe 4.0 support to an Intel mainstream platform. For more details and specs regarding the RKL CPU lineup please kindly refer to this article.

According to the Chinese publication, the Rocket Lake Core i9 and Core i7 SKUs will use the same core configuration: 8 cores, with 16 threads. Aside from TDP (thermal design power), operating clocks are going to be the biggest differentiator between the processors.

Here is the list of the main Rocket Lake Desktop CPUs:

Moving on to the Comet Lake “refresh” lineup, Intel is repositioning its enhanced Skylake architecture for the mainstream and budget CPU market. The lineup will include the following 13 SKUs:

The Comet Lake Refresh chips will retain the same core and thread specifications, albeit with higher operating clocks. For the Core i3 models, we can expect clock speed improvements that span from 200 MHz to 300 MHz, while the budget entry-level Pentium and Celeron parts will only get limited clock speed uplift between 100 MHz to 200 MHz.

The Core i3 and Pentium SKUs will feature the Intel UHD 630 graphics engine with 24 EUs, while the Celeron SKUs will get Intel UHD 610 graphics with 12 EUs.

More importantly, whether it is Rocket Lake or Comet Lake Refresh, these new processors will work fine on current LGA1200 motherboards supporting the Intel 400-series chipset.

Nevertheless, according to Weixin, a Chinese news outlet, Intel will also introduce the 500-series motherboards that are purpose-built for the Rocket Lake CPU lineup. The publication claims that Intel might be releasing new Z590, B560, and H510 chipsets via its board partners before the Rocket Lake launch on January 11.

If this is true, then the motherboard release will coincide directly with CES 2021, which also begins on January 11.

But regardless, Intel’s 400 chipset boards like the current Z490 should also be forwards compatible with Rocket Lake including having PCI-E 4.0 gen support as well, which these CPUs will start supporting. Thus far, there is no solid evidence that Intel will also release graphics-less F-series CPU models, lacking integrated graphics support (iGPU-disabled SKUs).

Compared to previous 10th Gen Core predecessors, the base clocks are slightly lower, but the turbo clocks have been increased by 0.1GHz.

With Rocket Lake-S Intel touts a “double-digit” percentage IPC performance improvement compared to the previous 10th Gen lineup of CPUs, as a measure of efficiency. Graphics power is also said to be 50 percent higher, though absolute performance figures and benchmark results are yet to be shared. 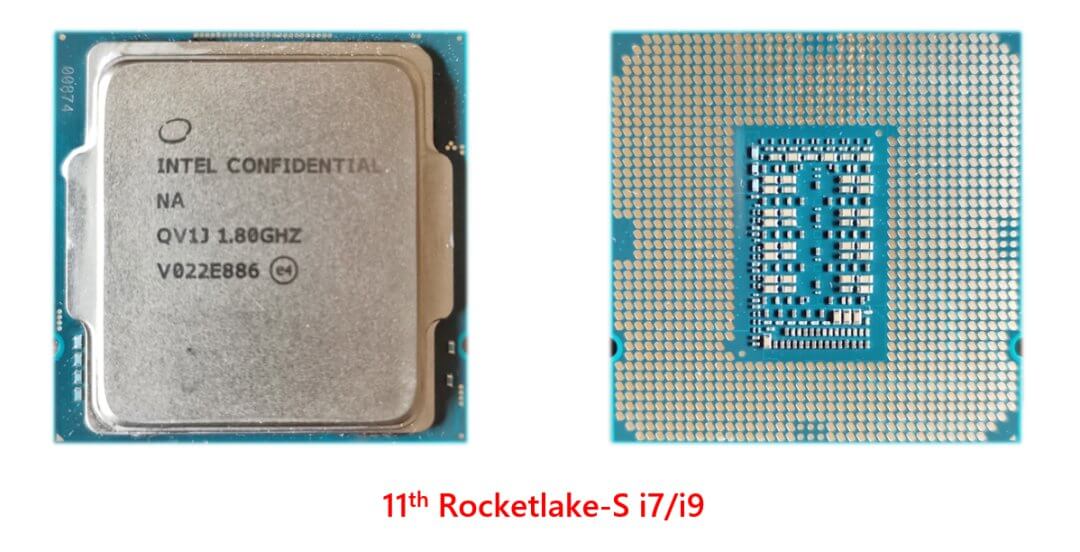