Intel provided us with some additional details, apparently stating that Alder Lake is currently sampling to customers, whereas Sapphire Rapids is about to sample in the fourth quarter. Intel will launch servers based on Sapphire Rapids sometime in early or late 2021.

During the company’s earnings call with analysts and investors Bob Swan, CEO of Intel said, “We are now sampling our 2021 client CPU Alder Lake, and we’ll be sampling our 2021 data center CPU, Sapphire Rapids later in the fourth quarter. Both will deliver significant capabilities enabled by our six pillars of innovation including our [10nm] Enhanced SuperFin technology.”

Intel’s 12’th generation of Alder Lake-S Core processors are said to be the company’s first 10nm SuperFin-based mainstream desktop processors, and we have already seen documents, datasheets, and release notes for these CPUs which also appeared on Intel’s own developer website.

Alder Lake processors have been confirmed before to support a new LGA 1700 socket as well, as shown below. 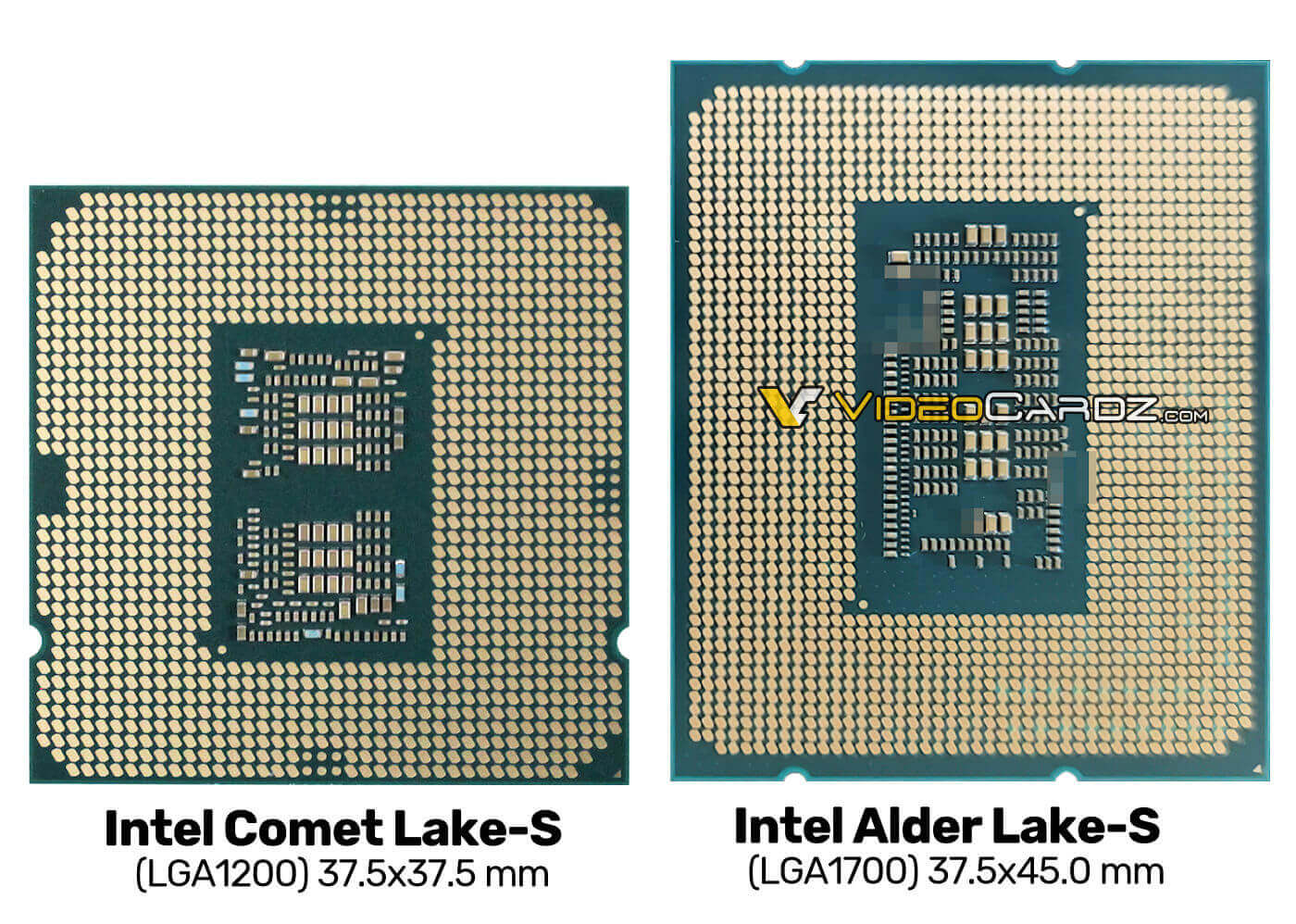 We can see that the socket dimensions for LGA1700 are 37.5mm x 45mm, which is about 7.5mm taller than Intel’s current LGA1200 socket. The bigger size is to house larger core counts than the Rocket Lake-S lineup which are currently planned for release in the first quarter of 2021, as confirmed by Intel on its official blog.

Alder Lake CPU lineup brings the concept of heterogeneous multi-core to x86 processors for client PCs. High-end Alder Lake CPUs are expected to have up to 16 cores. And we’ve already seen one Alder Lake-S CPU sample sporting 16 physical cores and 32 threads before.

Alder Lake-S CPU lineup will be the first Intel architecture to offer ARM’s big.LITTLE approach to desktop processors. Alder Lake-S would feature an 8+8 core configuration, in which half the cores are going to be Big Cores and the rest of the remaining would be Small Cores. These processors would thus feature a total of 16 cores in a single package, initially.

On the server side, Intel is supposed to focus and start volume production of its Sapphire Rapids processors because the company has at least one supercomputer contract, dubbed as Crossroads that needs to be delivered on time. NNSA’s Crossroads supercomputer will use HPE’s Cray EX clustered architecture that use blades and liquid cooling.

Crossroads will replace the existing Trinity supercomputer and will be used by scientists at Lawrence Livermore, Los Alamos, and Sandia National Laboratories to support the Stockpile Stewardship Program, current and planned weapons Life Extension Program activities, and future predictive weapons research and calculations.

Back in July, a new GNU compiler update was posted by Phoronix, which included a list of compatible instructions for both Intel’s upcoming data center/HPC Sapphire Rapids chips and the Alder Lake desktop chips, with Alder Lake noticeably missing full support for the AVX-512, a SIMD instruction recently introduced by Intel for its desktop chips.

The instructions will only work when the hybrid technology is disabled, which means the Small cores are disabled. By disabled we can think of the processor’s mode/PL state, though I need more technical info to confirm how this will work on Desktop PCs.