In a recent Linux patch, INTEL has added support for the future next-gen Alder Lake-S series of desktop processors, which are going to succeed the Rocket Lake CPU lineup. This appears to be the first official confirmation from Intel.

This leak comes via Twitter user, @InstaLatX64, who has spotted this Linux patch entry. According to this new leak, the Small cores are going to be a derivative of the ‘Atom’ core processors.

Intel’s next generation of Alder Lake-S Core processors are said to be the company’s first 10nm-based mainstream desktop processors, and we have already seen documents, datasheets, and release notes for these CPUs which also appeared on Intel’s own developer website. These processors have been confirmed to support a new LGA1700 socket.

These next-gen CPUs are also expected to support the DDR5 memory and PCIe 4.0 interface. The new LGA1700 socket will have support for at least ‘three generations’ of Intel CPUs. This is something new for Intel because the company has been known to support a short socket lifespan till now. These new findings indicate that Intel’s LGA1700 socket will compete with AMD’s AM5 socket in terms of platform longevity.

Alder Lake-S CPU lineup will be the first Intel architecture to offer ARM’s big.LITTLE approach to desktop processors. Alder Lake-S would feature an 8+8 core configuration, in which half the cores are going to be ‘Big Cores’ and the rest of the remaining would be ‘Small Cores’. These processors would thus feature a total of 16 cores in a single package. According to one report these architectures are Golden Cove (Willow Cove successor) and Gracement (Tremont successor), respectively. Willow Cove is expected to appear in the upcoming Rocket Lake-S series of processors.

Just few weeks ago, a new GNU compiler update was also posted by Phoronix, which included a list of compatible instructions for both Intel’s upcoming data center/HPC Sapphire Rapids chips and the Alder Lake desktop chips, with Alder Lake noticeably missing support for AVX-512, a SIMD instruction recently introduced by Intel for its desktop chips.

These instruction sets are also disabled in Intel’s hybrid Lakefield chips. This is done to keep the instruction set more consistent between cores (small Atom Tremont cores lack support for AVX instructions though). This also eases the operating system scheduling routines that target different workloads at the corresponding cores. Therefore, the lack of AVX-512 support for Alder Lake-S serves as further evidence that Intel will bring a new hybrid architecture design to desktop PCs.

These processors are expected to feature next-gen XE Graphics (Gen12 and above). Since the iGPU of Alder Lake-S seemingly has more cores than the current ‘Comet Lake-S’ CPU lineup, we can expect better performance out of these chips.

According to one recent post by Zhihu, the new hybrid Technology in Alder Lake architecture would allow both CPU cores (small and big) to share the same instruction set and registers, but the availability of certain instructions would depend on which core is actually enabled and active. The user also shared a screenshot from Intel’s internal document which suggests that the following AVX-512, TSX-NI, and FP16 instructions will be disabled when the Hybrid Technology is enabled (both Big and Small cores are enabled at the same time). The instructions will only work when the hybrid technology is disabled, which means the ‘Small’ cores are disabled. By disabled we can think of the processor’s mode/PL state, though I need more technical info to confirm how this will work on Desktop PCs.

Both the big and small cores will have the same instruction sets and model-specific registers, but will have different computational powers, and the overhead will also differ. We can assume the big cores to have higher throughput and clock speeds, whereas the small cores are going to be more power efficient. Like mentioned above, the following instruction sets AVX512, Intel TSX and FP16, are only going to work on the Big cores. The ARM’s Big/Small core architecture makes more sense for mobile devices, to conserve power, but we still don’t know how this Hybrid technology is going to work on Desktops. 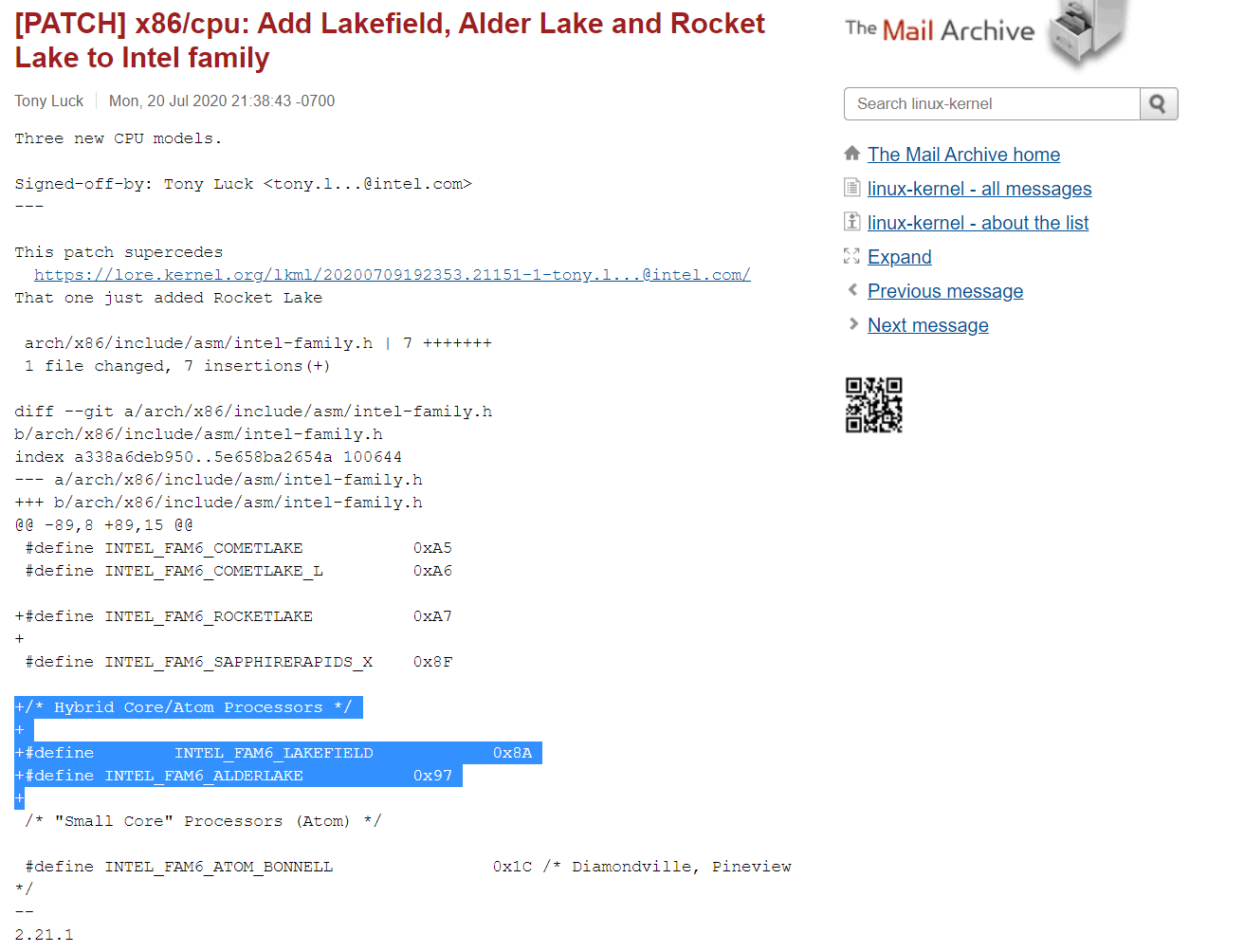