Intel has officially announced its 10th generation CPUs, the Comet Lake-S series. The price and final specifications for all of Intel’s new CPUs are similar to what we shared yesterday. Moreover, Intel has shared, in a bizarre way, the first gaming performance results of its high-end model.

The top high-end model will be the Intel Core i9-10900K model. This CPU will have 10 CPU cores, will support 20 threads, will cost $488 and will can turbo boosted to 5.1Ghz. However, and thanks to the new Intel Thermal Velocity Boost, it can go up to 5.3Ghz.

According to the blue team, the Intel Core i9 10900K is faster than the i9 9900KS and the AMD Ryzen 9 3950X in the majority of its internal benchmarks. However, Intel has not shared any benchmark graphs, which is a bit fishy.

Here is what Intel claimed in its press release.

Now while Intel did not provide any benchmark graphs, it did share the games that it tested. 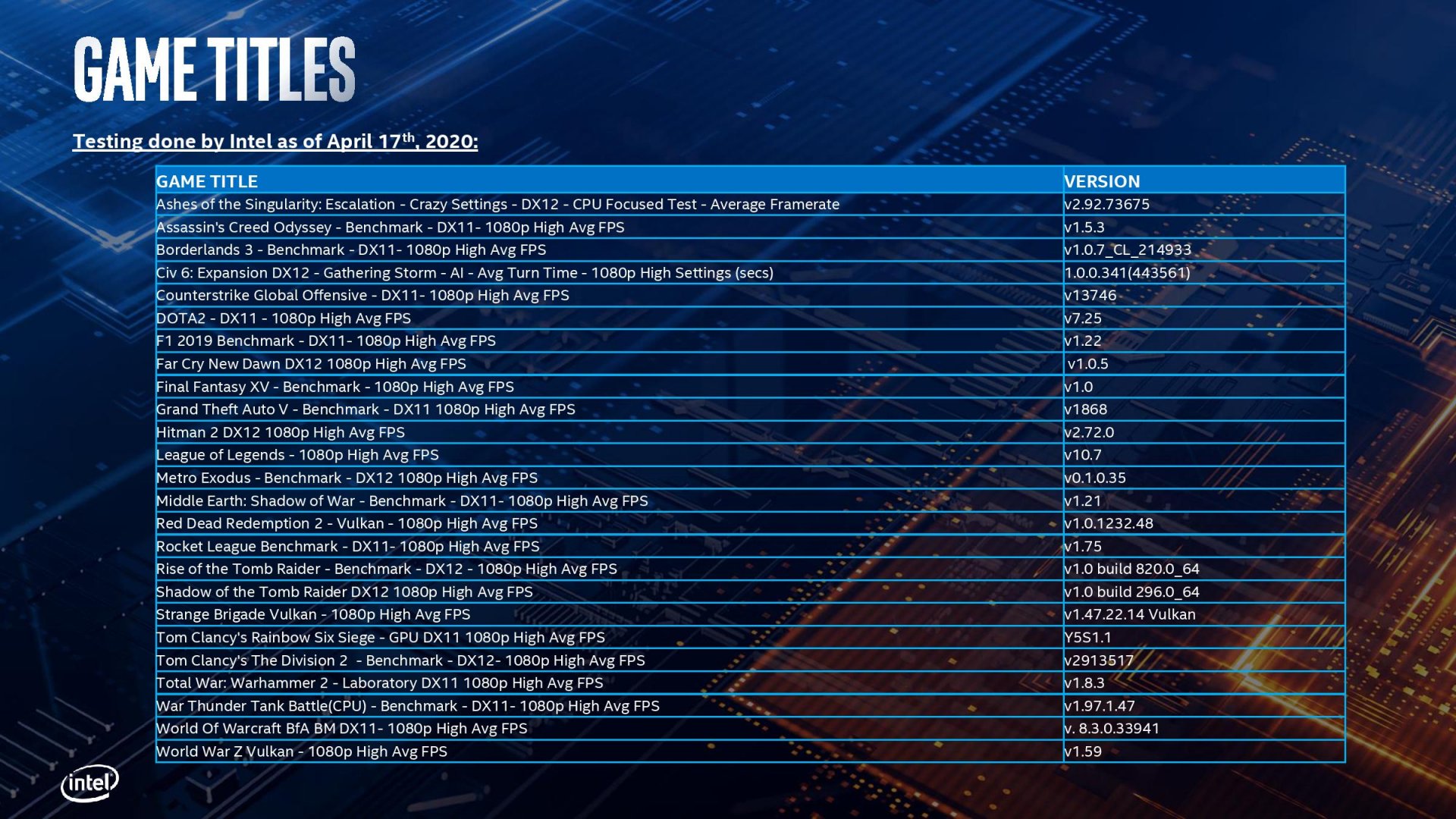 Intel has also shared the following slide which is – once again – not what most PC gamers would expect. This slide compares previous generations with the Comet Lake-S series. 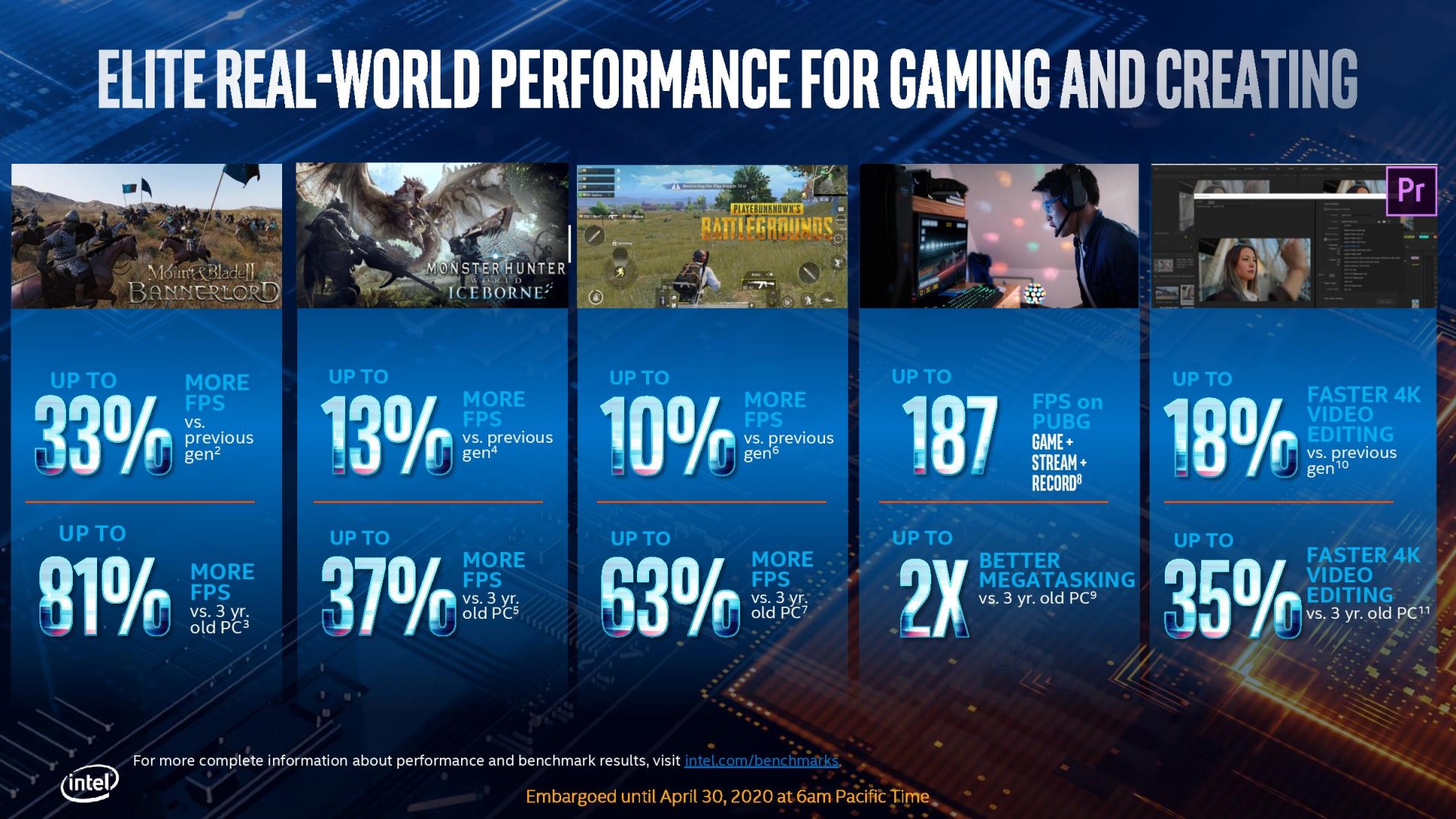 Again, no framerate numbers which is kind of alarming. Therefore, it will be interesting to see when the third-party gaming benchmarks will come out.