It appears that the final specifications and prices for all of Intel’s upcoming Comet Lake-S CPUs have been leaked online. The specs and prices come from Intel’s own slides, so this is a legit leak. And even though we don’t have any benchmarks yet, we expect to see some in a couple of days.

In case you weren’t aware of, Intel aims to officially reveal its Comet Lake-S CPUs on April 30th. As such, the first gaming benchmarks will most likely go live on that same day.

According to the specs, the top high-end model will be the Intel Core i9-10900K model. This CPU will have 10 CPU cores, will support 20 threads, will cost $488 and will can turbo boosted to 5.1Ghz. However, and thanks to the new Intel Thermal Velocity Boost, it can go up to 5.3Ghz.

Alongside this new feature, Intel’s new CPUs will support Turbo Boost Max Technology 3.0. They will also support up to DDR4-2933, and will have enhanced Core & Memory overclocking capabilities. Intel will also introduce the new Intel 400 series chipset motherboards that will have support for 2.5G Intel Ethernet Connection I225 (Foxville). Lastly, all i3 and i5 CPUs will have Hyper Threading support.

Kudos to HD-Tecnologia for leaking the following slides! 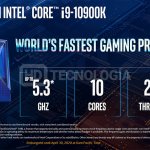 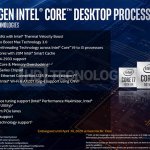 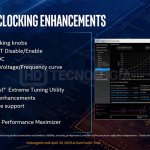 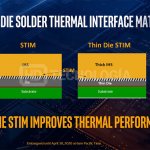 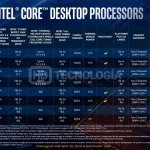 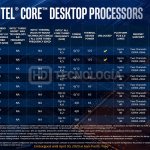