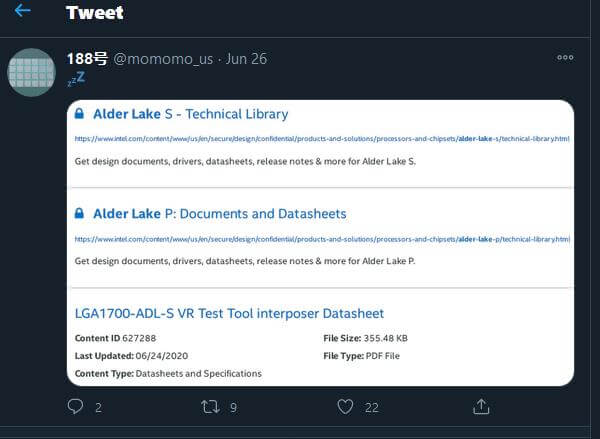 Alder Lake-S would feature an 8+8 core configuration, in which half the cores are going to be BIG Cores and the rest of the remaining would be small Cores. These processors would thus feature a total of 16 cores in a single package, at least initially.

According to one report, these architectures are Golden Cove (Willow Cove successor) and Gracemont (Tremont successor), respectively. Willow Cove is expected to appear in the upcoming 11th gen Rocket Lake-S series of processors.

Recently one 16 cores, 24 threads Alder Lake-S early CPU sample has been spotted in the Geekbench database by TUM_APISAK.  The clock speeds appear to be very low though, and the processor chip appears to be a part of the ‘GenuineIntel Family 6 Model 151 Stepping 0’ identifier.

This early engineering sample/ES appears with a base clock of just 1.38 GHz, but the maximum clock speed is reported as 17.6 GHz, which obviously is an error in the reading by the software. The CPU also features 30 MB of L3 cache and 1.25 MB of L2 cache per core. The chip was tested on an internal Intel Alder Lake-S ADP-S DDR4 CRB platform. 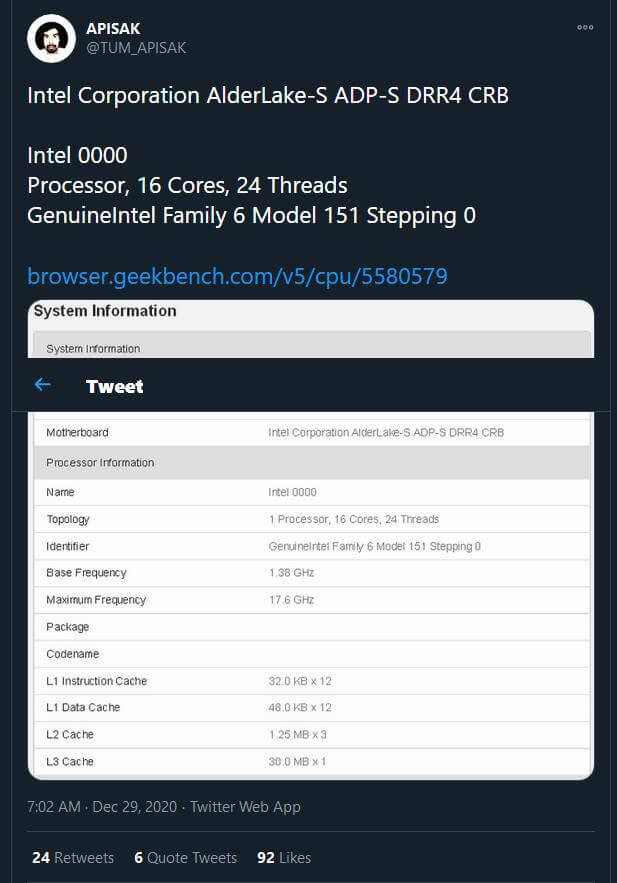 The tested platform might be supporting the new LGA 1700 socket motherboard, and was equipped with 16 GB of memory. Taking into account this is an early ES chip with very low clock frequencies; the CPU scored 996 points in single-core and 6931 points in the multi-core bench.

This particular engineering sample that is spotted features a total of 16 cores and 24 threads. So the actual CPU configuration consists of 8 Golden Cove cores with 16 threads, and 8 Gracemont cores with 8 threads. There are a total of 8 big cores and 8 small cores.

Alder Lake processors have been confirmed before to support a new LGA 1700 socket as well, as shown below. 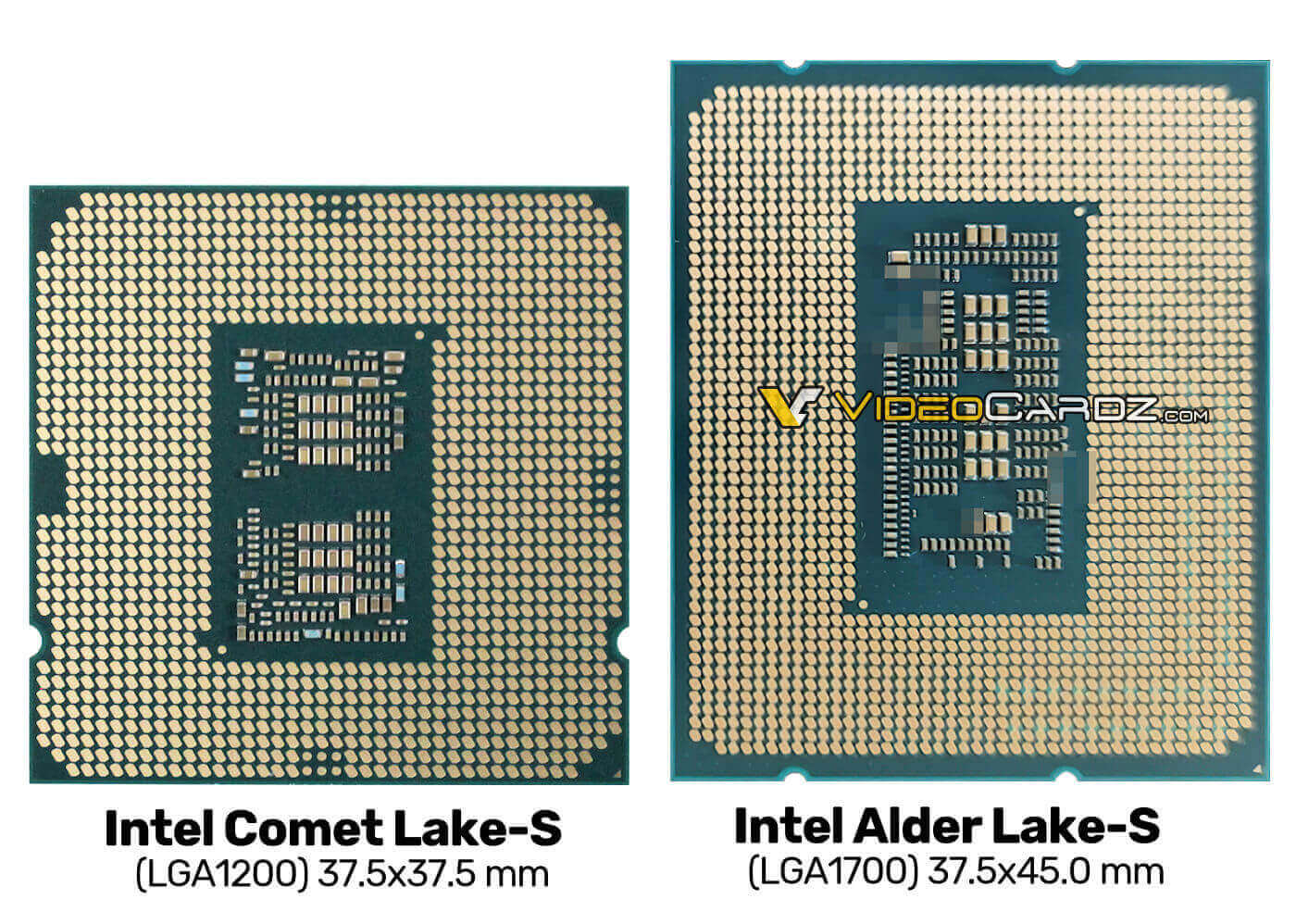 We can see that the socket dimensions for LGA1700 are 37.5mm x 45mm, which is about 7.5mm taller than Intel’s current LGA1200 socket. The bigger size is to house larger core counts than the Rocket Lake-S lineup which are currently planned for release in the first quarter of 2021, as also confirmed by Intel on its official blog.

As I said before, Alder Lake CPU lineup will bring the concept of heterogeneous multi-core to x86 processors for client PCs. High-end Alder Lake CPUs are expected to have up to 16 cores. And we’ve already seen one Alder Lake-S CPU sample sporting 16 physical cores and 32 threads before as well.

The next-gen Alder Lake-S CPUs will use a new Hybrid Core/Atom processor architecture. These next-gen CPUs are expected to support the DDR5 memory and PCIe 5.0 interface.

Back in July, a new GNU compiler update was posted by Phoronix, which included a list of compatible instructions for both Intel’s upcoming data center/HPC Sapphire Rapids chips and the Alder Lake desktop chips. According to the GNU update Alder Lake-S CPU lineup was noticeably missing full support for the AVX-512, a SIMD instruction recently introduced by Intel for its desktop chips.

The instructions will only work when the hybrid technology is disabled, which means the Small cores are disabled. By disabled we can think of the processor’s mode/PL state, though I need more technical info to confirm how this will work on Desktop PCs.