Now we have some early leaked benchmarks to back up this claim. If the recent UserBenchmark results are accurate, we might be looking at improvements of up to 21%, over previous gen CPU lineup. These UserBenchmark entries were spotted and shared recently by a known hardware leaker, @Tum_Apisak.

A presumed Rocket Lake-S processor running on an MSI’s Z590-A PRO-12VO (MS-7D10) motherboard shows some promising results. Since the RKL CPU lineup will max out at 8 cores/16 threads, the octa-core processor from this UserBenchmark submission is likely the flagship core chip.

The entry spotted is an engineering sample (ES) chip with 8 physical cores and 16 threads. According to the database entry, it has a 3.4 GHz base clock and 4.2 GHz boost clock speed value. So expect the final silicon to boost/clock even higher since this is an ES sample. Rumor has it that the flagship RKL chip can even hit an all-core turbo clock of 5 GHz and up.

It should be noted that the Core i9-10900K has a 3.7 GHz base clock and 5.3 GHz boost clock. It appears that Intel is actually offering significant IPC improvements instead of just jacking up the clock speeds. Despite having two less cores, the Core i9-10900K was only 4% faster than the Rocket Lake ES sample.

One alleged photo of a Rocket Lake-S early sample CPU has also been leaked. This comes via by YuuKi_Ans at Bilibili. The pictures posted by the user show two ES chips sitting within a CPU tray. 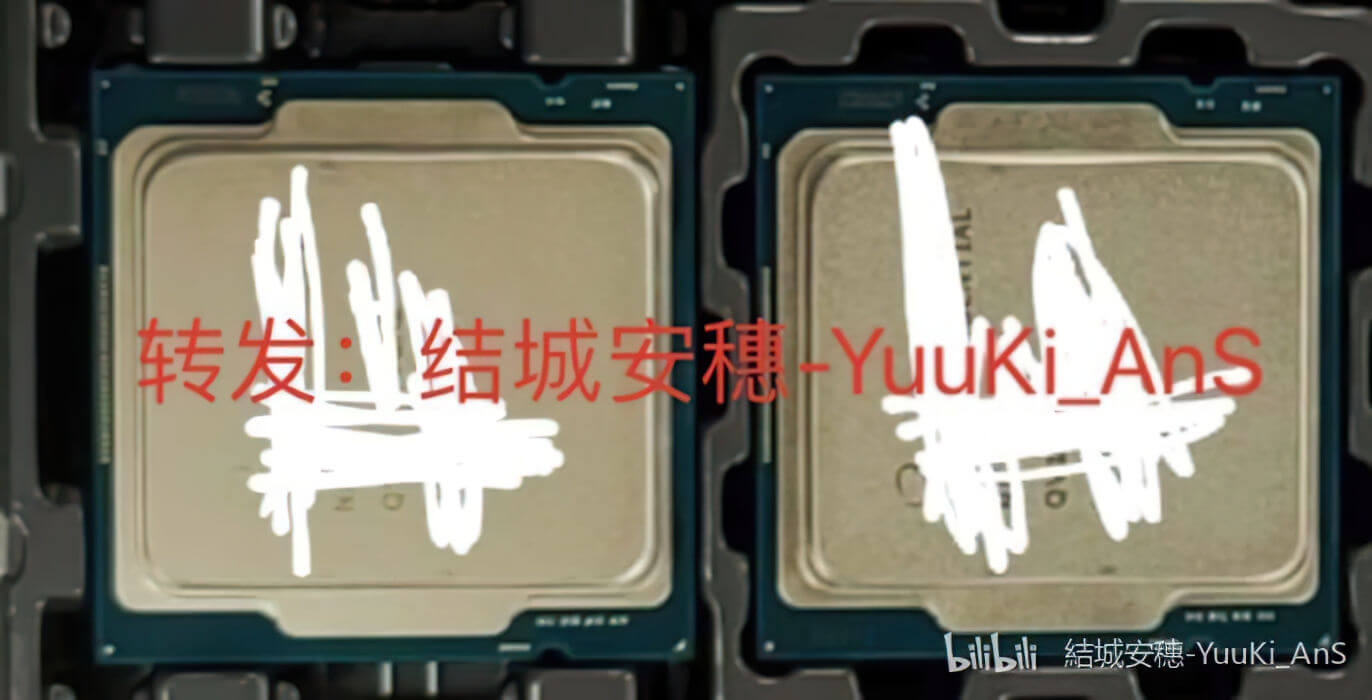 Both the processors seem to feature a slightly different IHS compared to the previous 10th Generation Comet Lake CPU lineup.

Rocket Lake-S will be housed on the 500-series motherboards. Although the Rocket Lake-S lineup will be the last to feature the current LGA1200 socket/Z490 chipset, Intel is planning a full range of chipsets, including workstation W580, high-end gaming Z590, H570, and budget-oriented B560 and H510 series.

The CPU labels are covered to protect the identity and original source of these samples. However, the CPUs do have Intel’s Confidential marking, so these are still ES (Engineering Sample) SKUs.