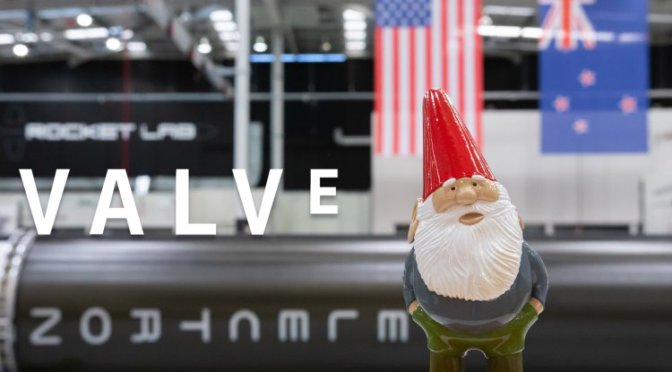 Now here is something interesting. Gabe Newell is, apparently, really sending a gnome into outer space. Well, alright this is a joke, but it serves a purpose, a very good one.

The president of Valve will donate one dollar for every person who tunes in for the launch. The money will go to the Pediatric Intensive Care Unit at New Zealand’s Starship Children’s Hospital.

This is not the first charity event in which Gabe Newell has been involved. This charity is part of his continuing efforts to help the economy of New Zealand.

According to the press release: “Newell would like the good people of New Zealand, global leaders of living in New Zealand, to know that his eccentric attempts at charity are largely harmless and pose no immediate threat to their way of life.”

The 150mm titanium garden gnome, manufactured by Weta Workshop, will soon be into orbit. In order for the gnome to reach space, Rocket Lab will use Electron’s Kick Stage.

Weta Workshop are the manufacturers of props for films such as the Lord of the Rings. Rocket Lab is a private aerospace manufacturer and small satellite launch service provider in New Zealand.

Whoever hunted down all the achievements in Half-Life 2, will probably be familiar with the ‘Little Rocket Man’ achievement. The specific achievement was not easy, since players had to carry the Garden Gnome, AKA Gnome Chompski, to the end of the game.

In about two weeks time, Gabe Newell is going to get his real-life Half-Life 2 achievement, and also help children in need. Definitely a win-win situation.

The takeoff will take place sometime after November 15th. The specific launch time will be available at Rocket Lab’s official site.