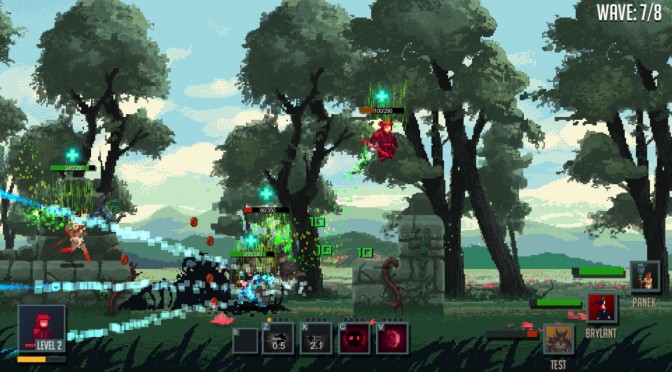 ONE MORE LEVEL and Frozen District announced today that Warlocks has managed to outsell triple-A games like Far Cry 4 and Assassin’s Creed: Rogue on Steam. The success of Warlocks shows how diverse PC gaming is, and why indie developers love this particular platform.

Warlocks vs Shadows is an action/RPG brawler with pixel art, allowing you to slay monsters, explore multiple dimensions, collect loot and have fun either by yourself in a single-player story mode or with your friends in local and multi co-op or versus.

“We believe that the new name reflects better what the game really is. You play as one of warlocks, you slay hordes of shadow enemies and you can do it not only in single player but also in a co-op mode. Also there won’t be any better time for this change as the game keeps getting gamers and media attention. So we wanted to use this opportunity and give the game a new name while it’s still in Early Access.”

ONE MORE LEVEL and Frozen District have also released a new update for Warlocks, and changed its title to Warlocks vs Shadows. Here is the changelog for the key features/changes that were introduced via this latest update: