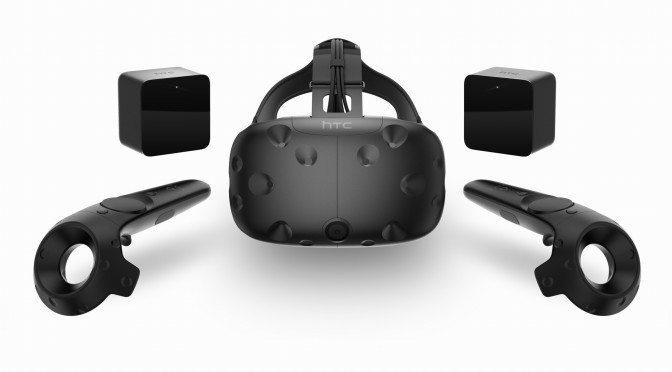 HTC has officially announced that Vive will be coming in early April, and will be priced at $799. According to the company, Vive will be delivered as a ‘complete kit allowing users to instantly jump into a fully immersive virtual environment using two wireless controllers, 360 degree tracking and room scale movement sensors.‘

HTC Vive Consumer Edition will integrate phone VR functionality as it will allow its users to receive and respond to both incoming and missed calls, get text messages and send quick replies and check upcoming calendar invites directly through the headset.

HTC Vive will ship with two VR experiences which are:

“From the beginning, Vive has been at the forefront of virtual reality, with HTC pioneering several ground breaking technologies. Since announcing Vive this time last year, we have worked tirelessly with Valve to deliver the best VR experience on the market, winning multiple awards and receiving critical acclaim from media, consumers and the industry. With the Vive consumer edition we are now able to realize our ultimate vision; bringing Vive into homes around the globe so that people can experience immersive virtual reality in a away that fires the imagination and truly changes the world.”