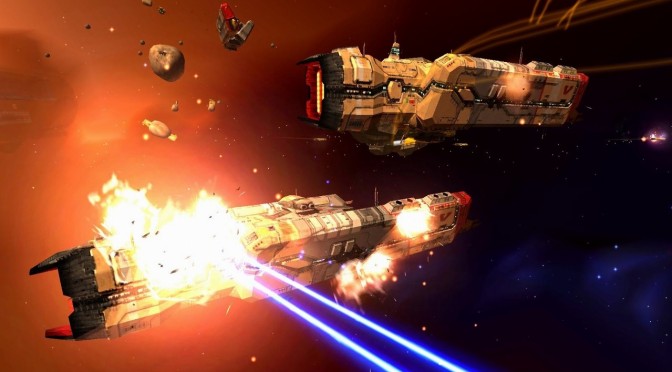 Gearbox today announced that its remastered collection of the classic space sim games, Homeworld 1 and 2, will be released on February 25th. Homeworld Remastered Collection updates and introduces the landmark space strategy games to modern audiences. In order to celebrate the news, Gearbox has also released a new trailer that can be viewed below.

As the press release reads, the collection includes Homeworld and Homeworld 2, painstakingly remastered by Gearbox in cooperation with key members of the original development team and members of the series’ passionate fan community.

As a free bonus, this collection also includes the original versions of Homeworld and Homeworld 2 with compatibility updates, preserving the purest form of the original releases.