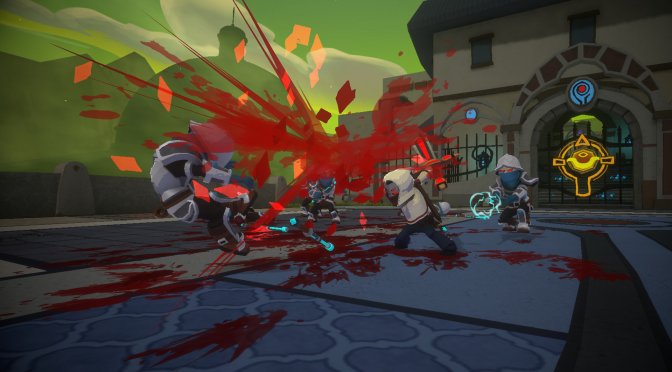 Triple-I Games has announced that Hindsight 20/20 – Wrath of the Raakshasa, the action-RPG with morality-based decisions from the BioWare, ArenaNet, and Sucker Punch veterans, is now available on Steam.

In this game, players will shape the destiny of one-armed warrior Jehan, the kingdom of Champaner, and all who call it home in an action-packed journey where hindsight brings an extraordinary impact on every decision.

“As a mutating virus descends upon the kingdom and begins transforming citizens into violent creatures called Raakshasas, Jehan must choose to fight against the monsters, villains, and tyranny to free Champaner from the brink of destruction.”

Jehan can switch between the Merciful stun rod to incapacitate foes or the Ruthless, razor-sharp sword to cut a path forward. Citizens of Champaner will react to Jehan’s choices in and out of combat, meeting the warrior with disdain or praising his noble nature depending on various decisions.

Choice affects every aspect of Hindsight; from weapon selection to dialogue and the time it takes Jehan to travel through the kingdom. As every decision ripples outward, Champaner and the lands beyond change and react. While some choices may seem obvious at first glance, added context and additional discoveries can re-frame every experience. In Hindsight, the “right” decision doesn’t exist; players must forge their own path, leading to 10 possible endings.

“From the outset of development on Hindsight, player choice and consequence have always been our key focus. The choice between right and wrong is never crystal clear, and we cannot wait to see how players experience how every decision they make impacts the world Jehan is fighting for.”