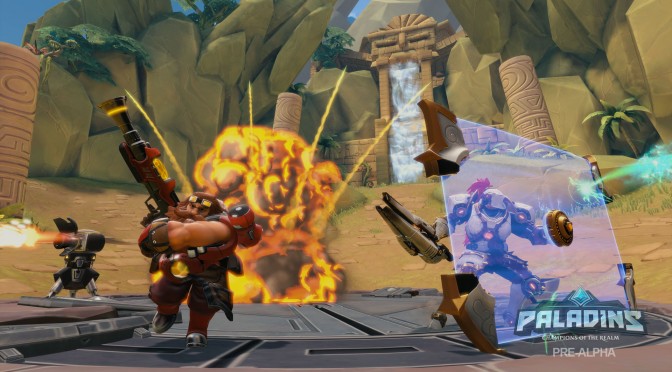 Hi-Rez Studios has announced that its free-to-play team-based shooter, Paladins, has more than 8.5 million registered players. As with a lot of titles, Paladins is currently available in Early Access and is described as a team-based shooter with strategy elements and deep character customization.

The game’s character customization is based on the use of collectible cards. These cards amplify and augment a character’s core set of abilities in many interesting ways.

As Hi-Rez Studios’ Todd Harris revealed in a press release about the game’s console version:

“After welcoming more than 8.5 million PC players to Paladins, we are excited to bring console players into the Realm. Now console players will be able to experience the deep customisability of Paladins, the only shooter that lets players play exactly how they want to play.”

What’s interesting here is that SteamSpy’s data show an even bigger community. According to SteamSpy, the game has more than 10.5 million registered players. Whether this difference in numbers is due to an error or to dated results (for Hi-Rez Studios) remains to be seen. 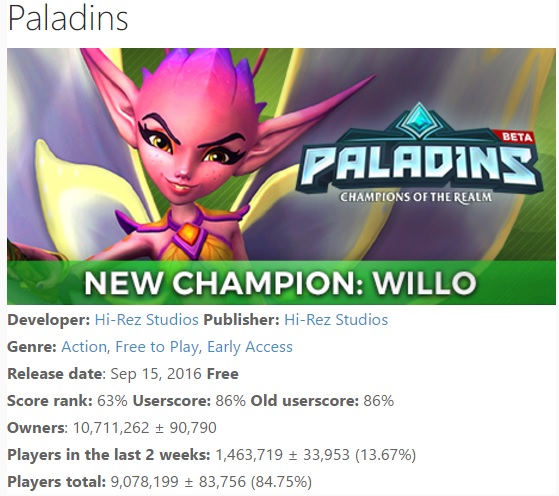