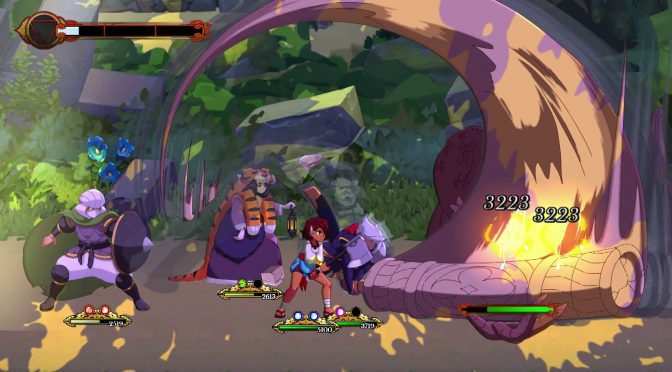 505 Games and Lab Zero Games have announced the release date for their highly anticipated hand-drawn and animated action-RPG platformer, Indivisible. In order to celebrate this announcement, the publisher released a brand new gameplay trailer for it.

This trailer further opens the door and invites players into the world, and the story, of Indivisible. Moreover, it gives us a glimpse of the game’s unique combat, as well as more of Ajna’s beautifully hand-drawn friends, enemies and environments.

Created by Lab Zero Games, the developers behind the fighting game Skullgirls, Indivisible features ultra-rare, real-time party fighter mechanics. The game will span a fantastic world with dozens of playable characters. Moreover, it will pack a rich storytelling experience and gameplay that’s easy to learn but difficult to master.

Indivisible revolves around Ajna, a good-natured tomboy with a rebellious streak. Ajna’s life is thrown into chaos when her home is attacked, and a mysterious power awakens within her.

Throughout Ajna’s quest, she’ll encounter many “incarnations”; people she can absorb into herself and manifest to fight alongside her. There are many incarnations to recruit, each with their own story and personality. By uniting people from faraway lands, Ajna will learn about herself, the world she inhabits and, most importantly, how to save it.

Indivisible will release on October 8th. Enjoy its latest gameplay trailer and stay tuned for more!