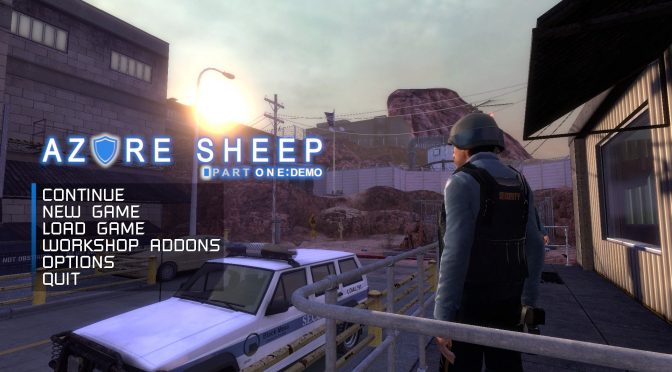 Half Life fans, here is something for you today. HECU Collective has released a demo for Half-Life Black Mesa: Azure Sheep; the unofficial remake of a single-player mod “Azure Sheep” for Half-Life 1.

In Azure Sheep, the player is one of the Barney guards that is on post in one of the entrances of the Black Mesa facility.

“When the chaos starts the players realize that Kate, their college, code name ‘Azure Sheep’ is in the complex and in big dangers, and as such they decide to save her.”

This unofficial remake of this Half-Life mod that came out in 2005 features new graphical techniques and textures, based on the improvements that the Black Mesa team has done. Moreover, it’s a free mod so it’s a perfect way to spend your weekend.