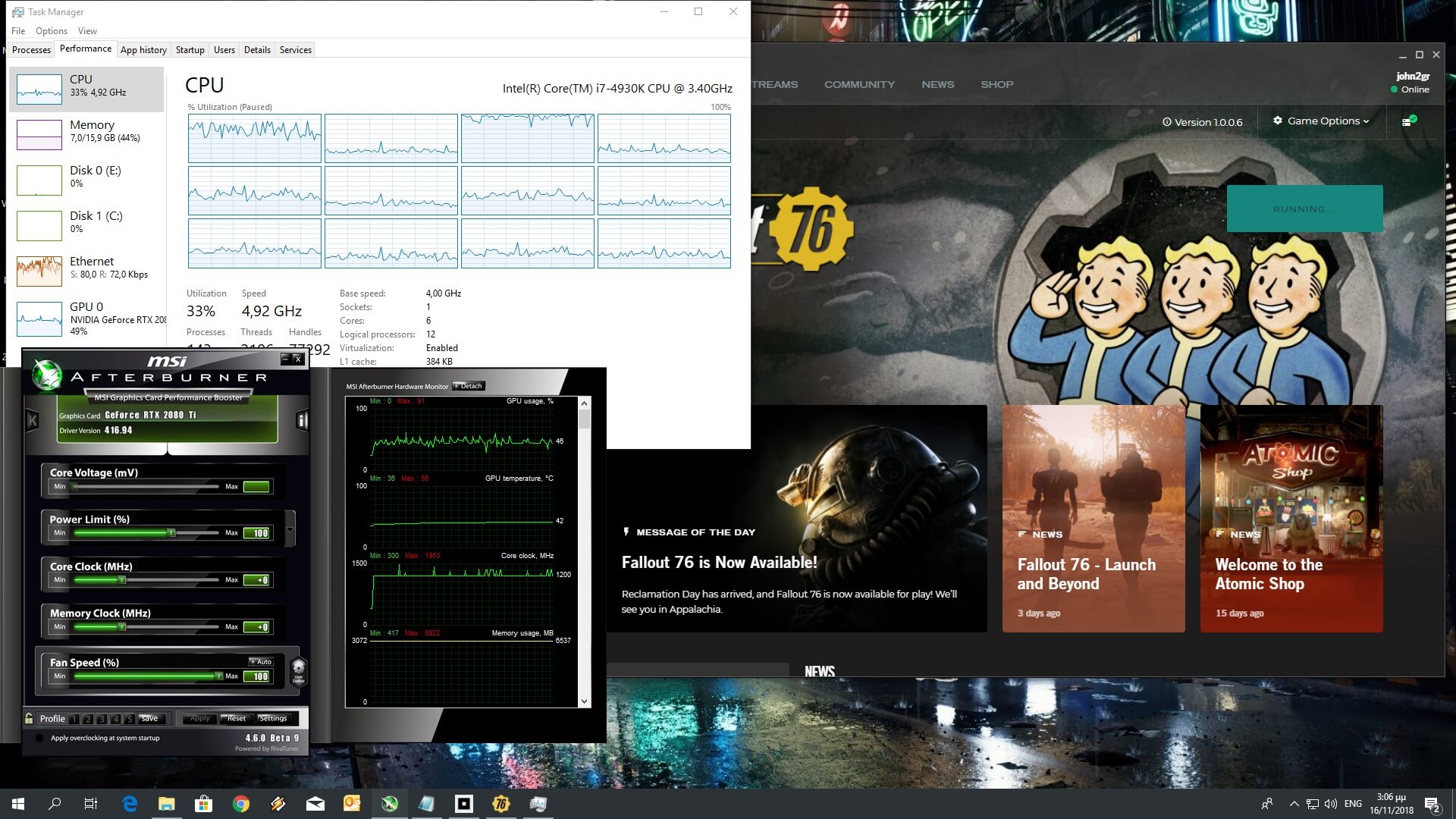 Bethesda has included a few graphics settings to tweak. PC gamers can adjust the quality of Textures, Water, Lighting, Shadows and Shadow Distance, and there are sliders for Actor Fade, Item Fade, Object Fade and Grass Fade. Now while there isn’t any FOV slider, gamers can tweak it via the “Fallout76Custom.ini” configuration file.

Fallout 76 is powered by an upgraded version of the Creation Engine and we are happy to report that it does not require a high-end CPU in order to be enjoyed. While the game appears to be hammering one CPU core/thread, a modern-day quad-core is enough for 60fps, though we did experience some drops to mid 50s on all of our PC configurations. These drops occurred whenever the game was loading new cell areas or during specific intervals. From the looks of it, the game calculates a lot of things at specific times and as such there were stutters with the framerate dropping to mid 50s. This is a design choice and perhaps players will be able to overcome it by using faster SSDs. 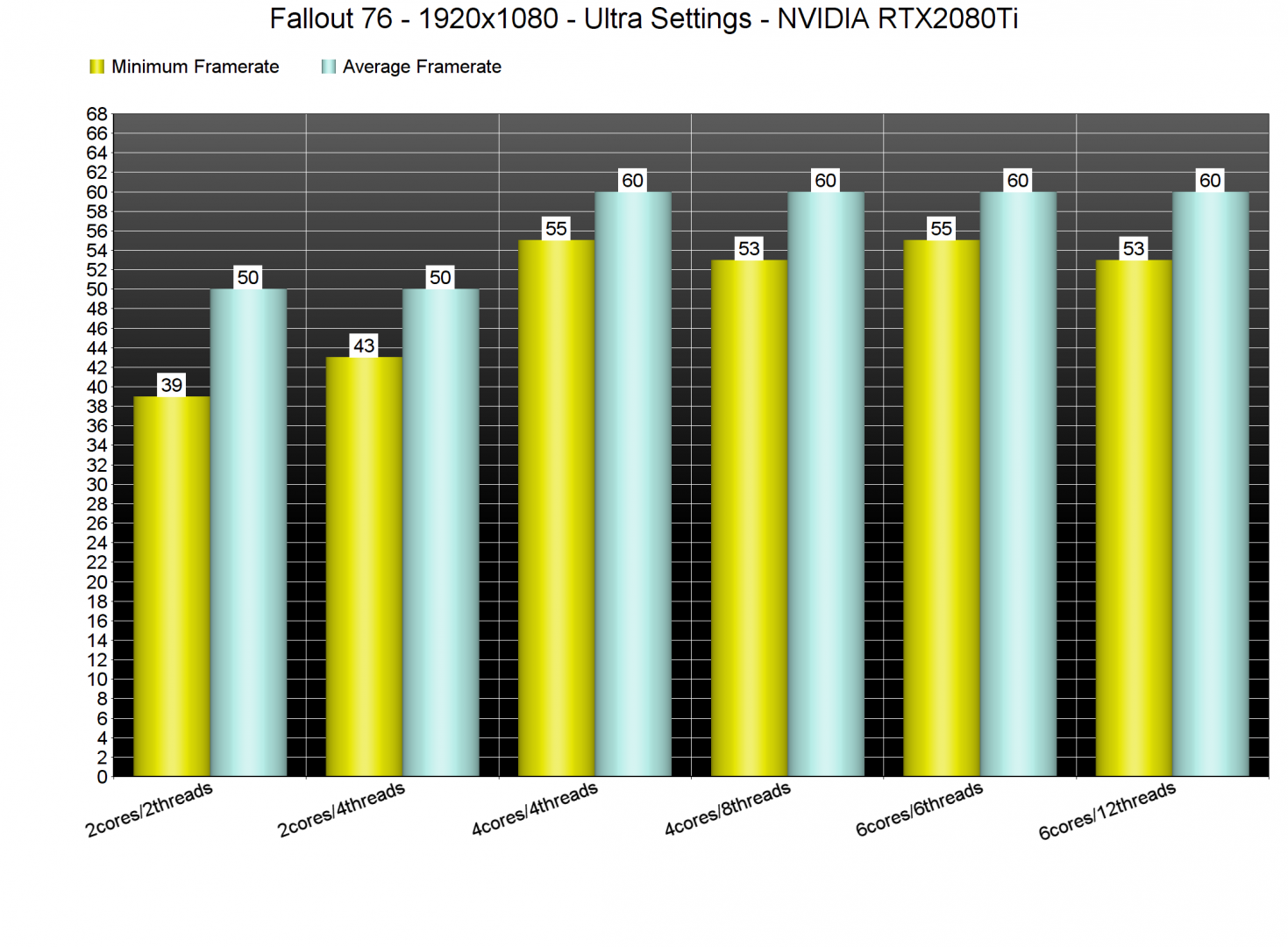 As we’ve already reported, the game’s physics are tied to its framerate and as such Bethesda has locked the framerate to 60fps. It sucks for those that wanted to experience the game at higher framerates but at least the game can run with 60fps on a variety of graphics cards. Our AMD Radeon RX580, RX Vega 64, GTX980Ti and RTX2080Ti had no trouble at all running the game on Ultra settings at 1080p. 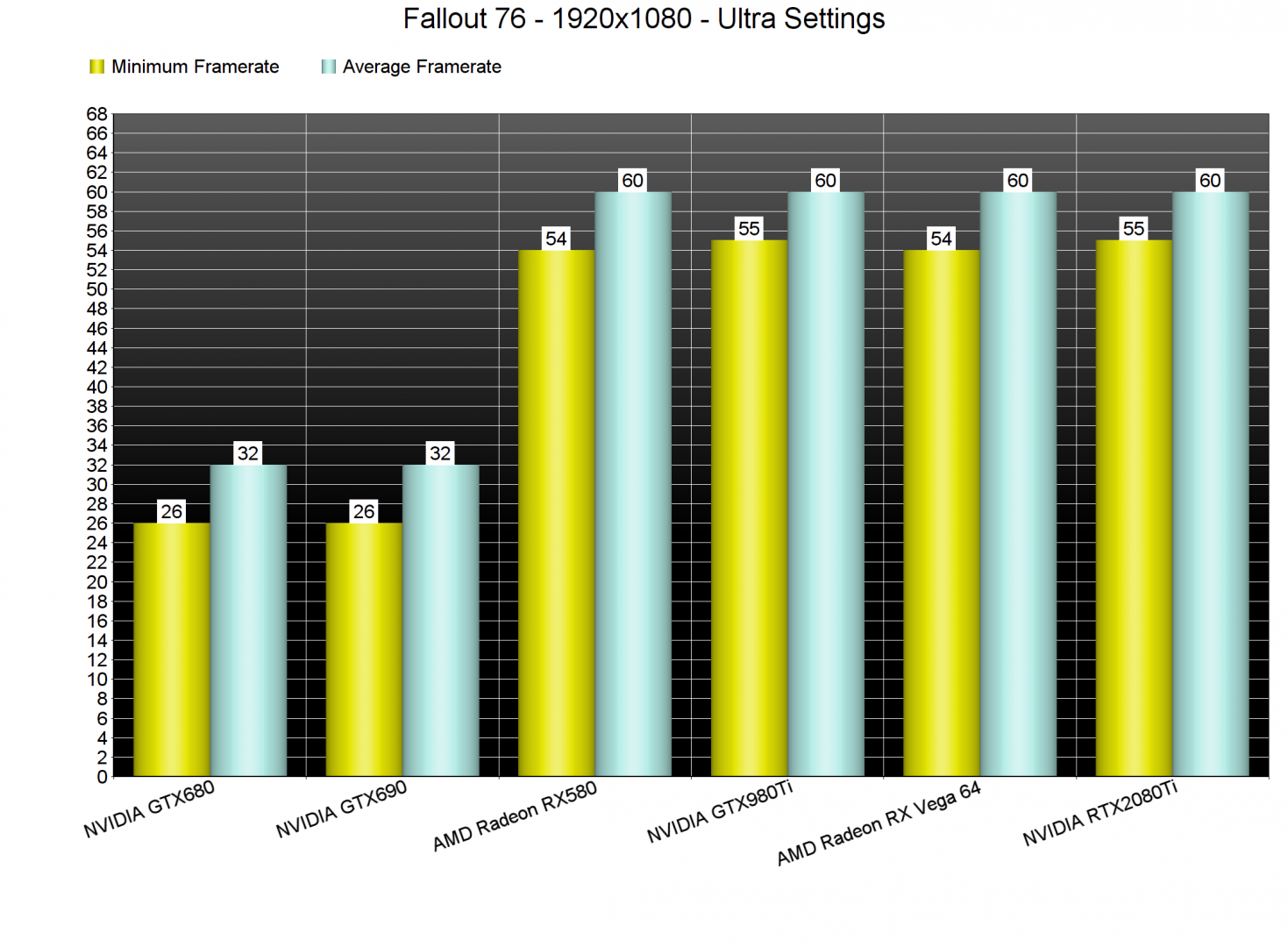 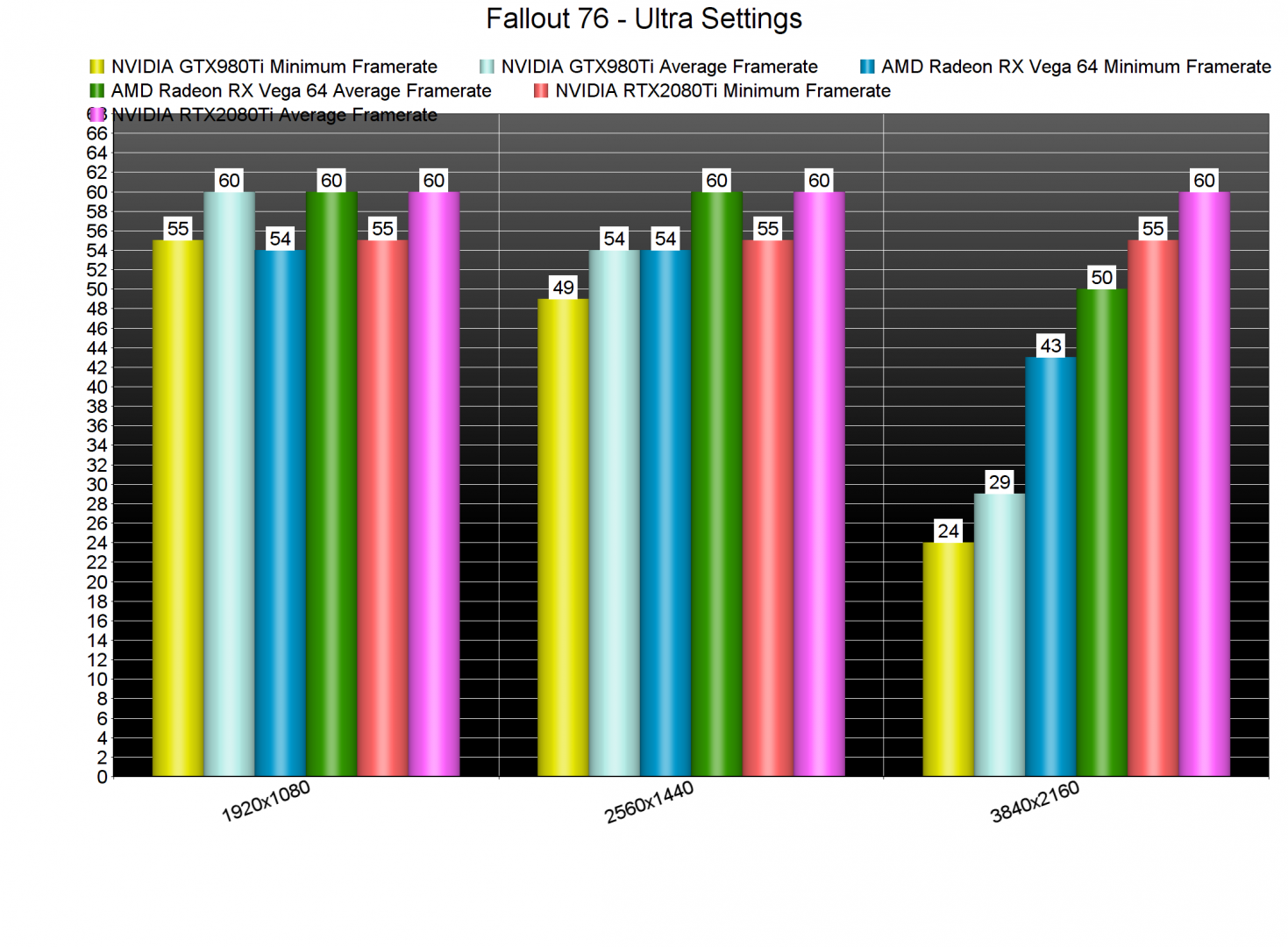 Graphics wise, Fallout 76 looks good but will not impress most of you. It has some cool God Rays and its environments can be colorful in specific times, but its textures are not as high-res as we had hoped for. Moreover, and with the exception of the God Rays, the lighting system is not that advanced (at least compared to the other triple-A current-gen games) and some environments look flat despite the presence of ambient occlusion, the character models feel weird, the rain effects are underwhelming, there are noticeable pop-ins of objects and there is nothing really impressive here (visual-wise).

All in all, although Fallout 76 runs pretty good, it has major issues that have not been addressed. The game does not offer a FOV, has a locked framerate because Bethesda could not untie the game’s physics from the framerate, has mouse acceleration issues (thankfully you can fix this via the Fallout76Custom.ini file), the engine still relies on loading cell areas (similar to those of Oblivion and Skyrim) resulting in various stutters and the default keys feel a bit weird (Tab instead of ESC for going back in menus is a great example of the really awkward default layout).