Last week, we informed you about various reports regarding GTX970’s inability to effectively take advantage of more than 3.5GB of its VRAM. Our reader ‘Blackburn Whiteknight’ contacted today and shared with us some new information this issue. Not only that, but NVIDIA has stated that it is currently looking into this.

According to Blackburn Whiteknight, there is an application by Nai which tests memory bandwidth against memory allocated. 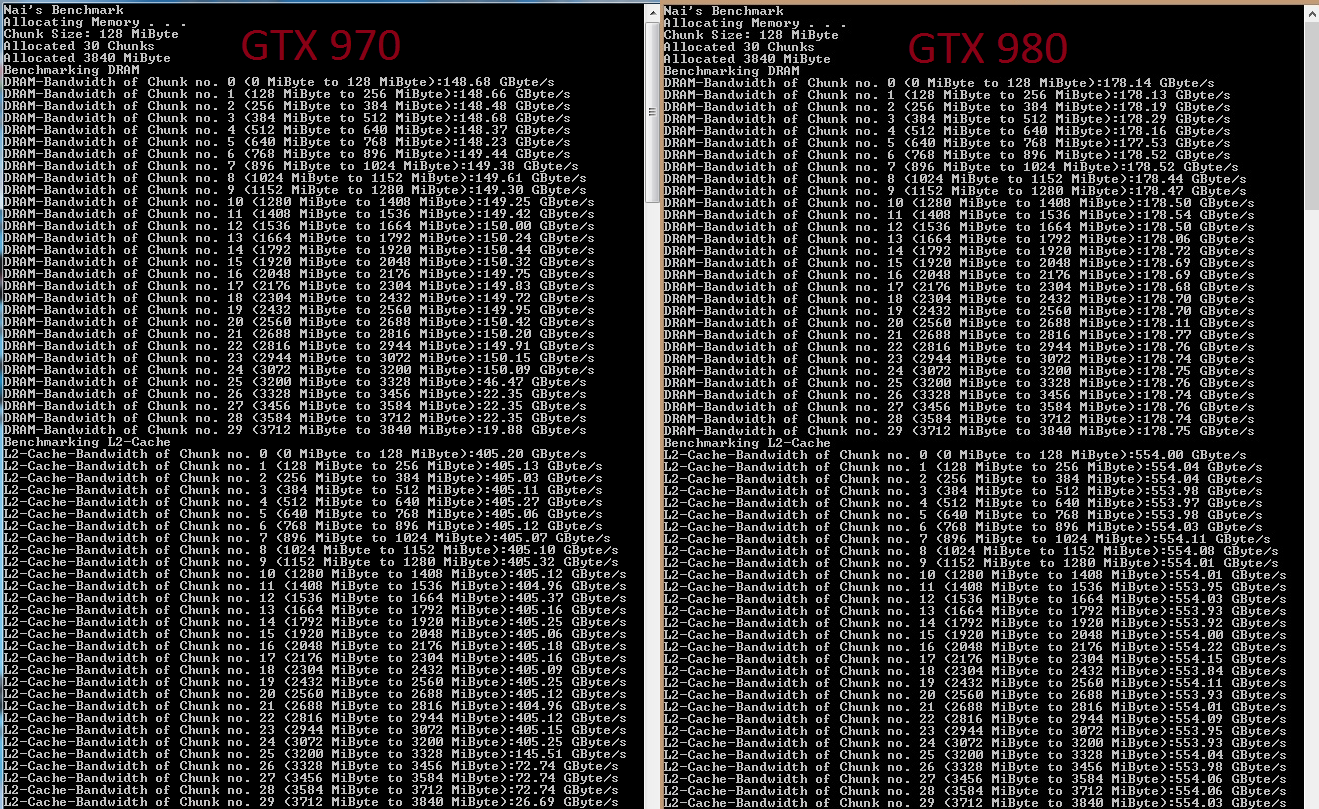 This program was discovered by mrkk at overclock.net. This benchmark requires DWM or desktop composition disabled for accurate results, and can be downloaded from the following link.

The application can be found here:
https://mega.co.nz/#!w9kXUZZQ!A0yXbLnK1qd2nRZ2JFiYXrl8n90wCiA6BjlucYreppo

Incase cudart64_65.dll is missing, it can be found here:
https://mega.co.nz/#!Eh0GzT4D!Kjhqzljt-i-MtHV82ktDQ8RY002JT7VIhVNpUaVpN6U

As said, the interesting thing here is that NVIDIA is currently investigating this issue. As NVIDIA’s ManuelG wrote on the official GeForce forums:

“We are still looking into this and will have an update as soon as possible.”