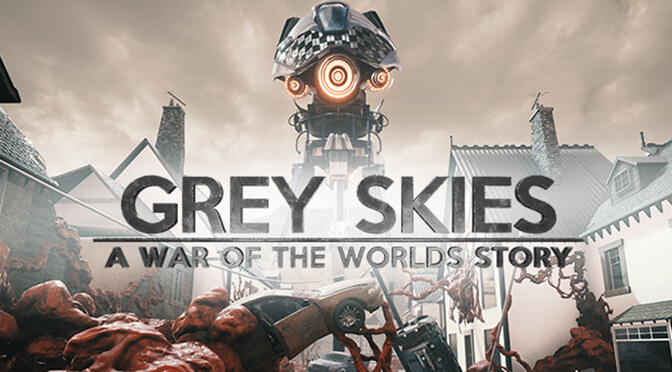 Grey Skies: A War of the Worlds Story is now available on Steam. This action-adventure title is based on the work of the famous English writer, Herbert George Wells. This is the second game by developer Steel Arts Software.

As the title suggests, the game is based on the science-fiction novel, The War of the Worlds. Grey Skies: A War of the Worlds Story is a single-player experience with a heavy focus on stealth.  You play as Harper, and through her you can experience the most momentous event in human history.

Grey Skies: A War of the Worlds Story takes place in the English countryside. The game features crafting of throwable weapons, and there’s also a level progression of Harper’s abilities.

As far as I know the game does not feature any kind of shooting or melee mechanics. This is a straight-forward stealth game that comes with some tools to make your life easier.

Even if the game doesn’t look very impressive, it might worth getting if you enjoy stealth based games, especially at that price.

Below you can watch the official trailer and gameplay of Grey Skies: A War of the Worlds Story.