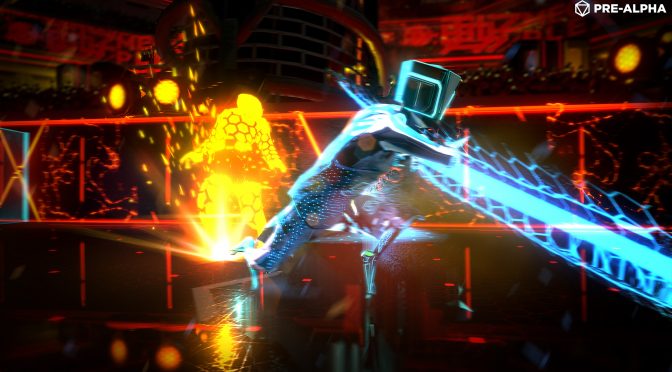 505 Games and Roll7, creators of global hits OlliOlli and NOT A HERO, have announced the first test of the preliminary closed beta program for Laser League. And we are happy to report that we are giving away 50 keys for this closed beta testing.

All you have to do is leave a “Thank You” message in the comment section. As always, we’ll delete duplicate comments. This will be a first come/first served situation. Moreover, and if there are more than 50 comments, we’ll try to secure more keys in order to give you.

Laser League is a new team action game in which players battle against the opposition for control of nodes that bathe the arena in deadly light. Players can evade rival coloured beams, and fry their opponents with speed, strength and strategy.

The following video will give you an idea of what this game is all about.

This field test will allow players to interact in competitive 3v3 matches on a small selection of Laser League’s future available maps. Furthermore, the invite-only field test will give players a sneak peek at some of the game’s content. 505 Games and Roll7 will analyze and work on servers, matches and player performance.

Players participating in this exclusive online field test may experience latency and server complications. They may also be exposed to content and features that may be modified or removed from the final version of the game.