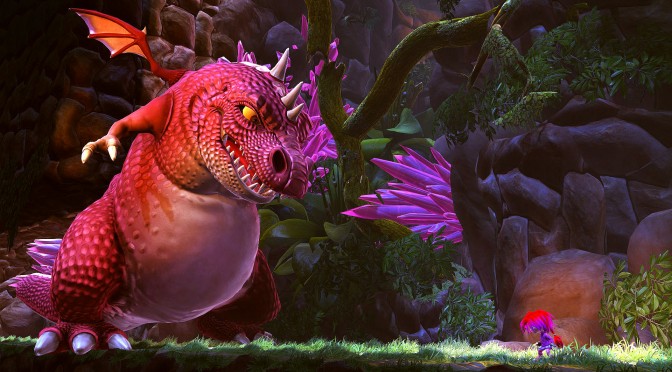 Black Forest Games has released a new update for Giana Sisters: Twisted Dreams that adds a Multiplayer game mode to it. As the press release reads, the all new “Dream Rush” competitive mode supports up to four players competing against each other. In order to celebrate this release, Black Forest Games has also rolled out a new trailer dedicated to this MP mode.

In this mode, players run through a fantastic world with lots of obstacles waiting and special boosts to empower the characters, and gain an advantage by collecting as many power-ups as possible to slow their opponents or blow-up traps and barriers on the way.

Moreover, if methodical planning isn’t the forte of a player it is even possible to switch places with an opponent catapulting one’s character far ahead before the poor guy even knows what happened.

The collection of new levels in “Dream Rush” features a few surprises even for experienced players. Not only that, but Cosmonaut Comrade is added as a special quest.

“Many employees at Black Forest love to play Speedrunners – it was only a matter of time until we started to wonder what a ‘Giana Sisters’ runner title would look like. That led to a playable prototype, which turned out to be so much fun that we didn’t really have any other choice than to turn it into a game mode for Giana Sisters: Twisted Dreams.”

As always, this update will be auto-downloaded from Steam next time you launch the client.