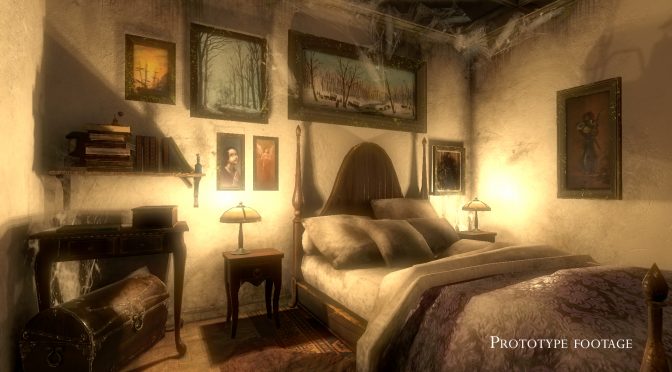 Ghost Theory is another kickstarted project that will most likely never see the light of day, even though it did meet its initial Kickstarter goal. The game was meant to be a first-person adventure horror game in which players would investigate real haunted places. However, Dreadlocks made a terrible decision to switch engines and that is basically the main reason why the game may be cancelled.

Ghost Theory was originally powered by the Unity Engine. However in 2016, the team decided to switch to CRYENGINE. Here is what the team had to say when it was interviewed by Crytek.

“We successfully developed our previous game, Dex, with Unity3D and we originally thought we’d also use it to develop Ghost Theory. But after a few months of development, it was clear that Unity3D wouldn’t do this time. Ghost Theory is just too large for it. And so we had to look for a new engine. Cryengine was the ideal choice for us, both technologically and financially.

We’re currently in the process of transferring everything we have from Unity3D to CryEngine.”

Now while this makes it sound like CRYENGINE was the perfect engine for this project, the team decided to switch engines in order to get its game funded by Crytek’s Indie Development Fund program, despite the fact that the game was already funded in Kickstarter.

In case you weren’t aware of, in 2016 Crytek launched the Indie Development Fund program. Basically, all users who decided to make a contribution for utilizing CRYENGINE V could allocate up to 70% of the sum to Crytek’s Indie Development Fund; a grant program that will see Crytek directly supporting promising indie projects around the world.

Apparently Crytek has decided to pull the plug on this program and was unable to offer any money to the winners and as you may have guessed, Ghost Theory was among them. Still, Crytek did offer a free license to CRYENGINE to all the winners. Obviously, though, this was not what Dreadlock was looking for.

Now I want to be crystal clear that this was a shit move from Crytek. However, Dreadlocks is also to be blamed here for lying to everyone. Here is what the team had to say to its backers in its latest update.

“We were lured into a competition for millions of dollars, which also required a change of the game’s engine, and we spent months with it. It was our last big hope. But after GT was unofficially marked as a winner, we were then told: “sorry, we actually don’t have any money for the winners.” As a compensation, we received free licenses for our new game engine, which was totally pointless as we couldn’t pay salaries to developers who would actually use it. Today, all of this is brushed under the carpet and the competition site was simply removed,like it has never existed.”

Dreadlocks claims that although it got a free license, it’s pointless as it couldn’t pay salaries to developers to use it. Wait what? Back in 2016 the team claimed that it was already transitioning from Unity to CRYENGINE. It didn’t claim that without the price money it would not be able to make it happen. What about the kickstarted money then? Why change engines if you are not sure whether you can finish the project that gamers have already funded via your campaign? Why bet everything on an Indie Dev program? Or how about, why don’t you re-fund everyone that contributed to your Kickstarter and then, from a fresh start, apply to the Indie Dev Fund program?

This is another case of a developer lying to those that supported them. And this is precisely why we’ve stopped covering most Kickstarter projects. I’m pretty sure that Dreadlocks changed engines with the best intentions but it’s a bit similar to what Nightdive Studios did with the upcoming System Shock Remake and what 3D Realms did with Duke Nukem Forever (that wasn’t a Kickstarter project but still).

So, dear developers, when you launch a Kickstarter campaign, set realistic goals and stick to your fucking plan. Release the game that your fans have funded via Kickstarter and stop adding or changing things afterwards!