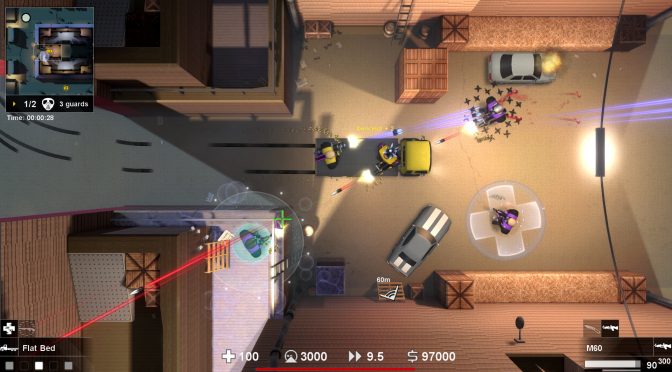 Nik Nak Studios has announced that its top-down shooter, Geneshift, will be released on May 23rd in Steam Early Access. Geneshift is described as a top-down shooter with GTA2 style vehicles and MOBA style skills in which players can detonate car bombs, perform drive-by shootings, teleport, go invisible and… launch fireballs.

It’s worth noting that this game is being developed by a single person, and that there is already a multiplayer demo that you can download.