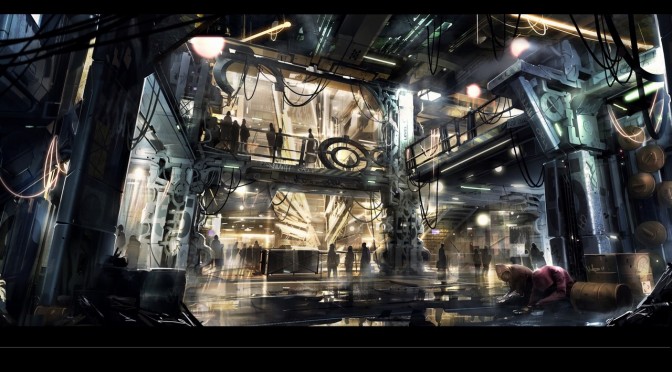 This year’s GDC will be one hell of a show. During this event, the next-gen version of OpenGL will be unveiled and some new graphical features of Microsoft’s next API, DX12, will be revealed. Not only that, but a lot of studios will showcase their engines and what new features are supported by them.

On of those studios is EIDOS. In GDC 2015, EIDOS will showcase its Dawn Engine; a new engine that will power the next triple-A Deus Ex title that is currently under development.

According to GDC’s schedule, engineers from Eidos and AMD will ‘detail the TressFX 3.0 solution used in Dawn Engine which will be the cornerstone to the development of the Deus Ex Universe projects at the studio.’

“We show how Eidos graphics engineers built upon TressFX to break new grounds and deliver a realistic and scalable hair solution in the Dawn Engine for PC and consoles. With a focus on game requirements such as artistic control and animation support this talk will cover the practical considerations of a full TressFX pipeline, from authoring to rendering. In addition, for simulation, we address topics such as collisions, shape preservation, stretching, and wind. For rendering, we discuss how to blend strands with traditional hair meshes, antialiasing solutions, and translucency sorting techniques.”

GDC’s schedule concludes that attendees will learn what quality and performance improvements and trade-offs were made in the Dawn engine TressFX implementation that will be used in the studio’s upcoming titles.

Obviously, the in-engine footage that will be shown may not be based on the next Deus Ex title, however it’s crystal clear that the tech – that will be showcased in this year’s GDC – will be used in it.

“We will be presenting the workflow of how “Mizuchi” can actually be applied using the real-time demo “Museum” which we released last year. There will be a PC demo version as well as a real-time demo using PlayStation®4. There will also be a demo session which will highlight the main features of “Mizuchi”.”

Mizuchi looks phenomenal, and below you can view some vides showcasing this engine in action.