It appears that Gamestop has leaked the release date for Prey. According to Gamestop’s weekly ad, Prey is currently planned for a May 5th release. Bethesda has not commented on this yet, therefore we strongly suggest taking it with a grain of salt. 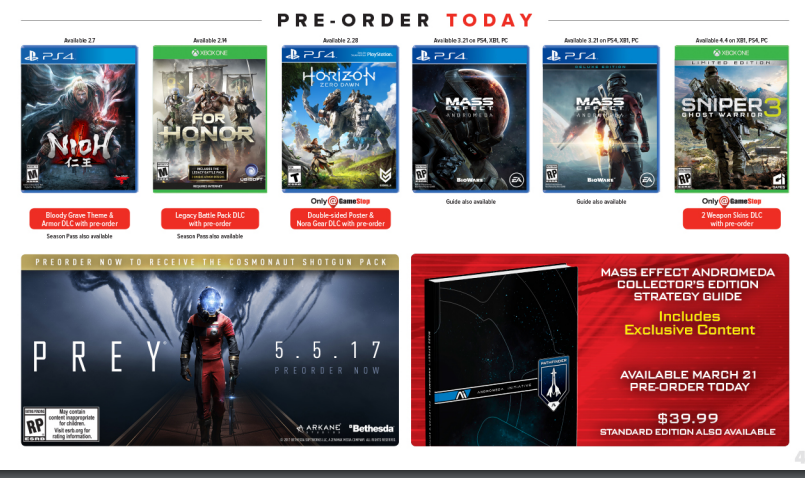 Prey is a first-person sci-fi action game from Arkane Studios that will be powered by CRYENGINE, will share some gameplay similarities with Dishonored 2, and will encourage players to explore and make decisions.

In Prey, you awaken aboard Talos I, a space station orbiting the moon in the year 2032. You are the key subject of an experiment meant to alter humanity forever – but things have gone terribly wrong. The space station has been overrun by hostile aliens and you are now being hunted. As you dig into the dark secrets of Talos I and your own past, you must survive using the tools found on the station, your wits, weapons, and mind-bending abilities.

Bethesda may officially announce the release date for Prey in the coming days, so stay tuned for more.

It’s official. Bethesda has just released a new gameplay trailer for Prey, revealing that the game will be released on May 5th!