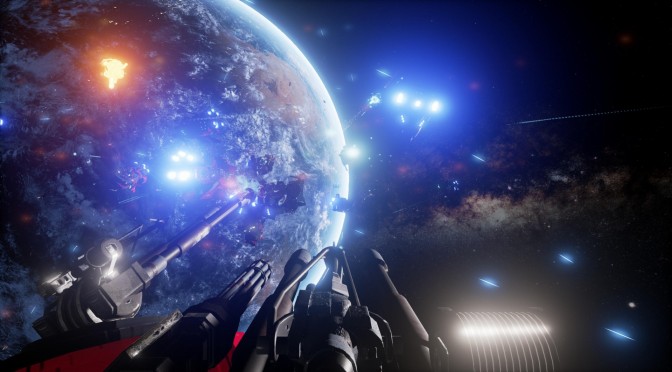 Space Bear Development has launched a Kickstarter campaign for its online FPS title that features ship battles in space, Galaxy Heist. Galaxy Heist will be powered by the Unreal Engine 4, will support Oculus Rift, and its Kickstarter aims to raise £65K in total.

In Galaxy Heist, two large teams are split into 4-5 player sub teams, and then placed on flagships.

Players can either defend their own flagship by taking control of one of its turrets or piloting smaller fighters to keep enemies away. Moreover, players can attack the enemy flagships in order to take them over and destroy them.