Reloaded Productions, the wholly-owned creative development studio for GamersFirst, today announced the live release of version 2.5 for the post-apocalyptic Free2Play online MMO Fallen Earth. Following the blockbuster success of the launch of Fallen Earth on Steam and the release of the Global Territory Control system, update 2.5 celebrates the 3rd Anniversary of the game with some G.O.R.E !

1. G.O.R.E Weapon Plans – GlobalTech Ordinance of Rapid Extermination – have been leaked! All six factions are scrambling to be the first to complete the new lethal designs. These weapons promise a major improvement over existing technology, lending those lucky enough to find them early a significant advantage on the battlefield.

a. The Bastard (Pistol)
b. The Jackal (Rifle)
c. The Lunatic (Melee)

Only the base schematics are available in the wild, but each can be upgraded up to two additional times to realize the full potential as imagined by the GlobalTech engineers

3. Launch Event – Outsiders have been moving suspicious caravans through the canyon, rumored to contain both prototypes G.O.R.E. weapons and the supplies to construct them. LifeNet Technicians in capital cities will be urging clones to help discover the locations of the stashed crates, and to bring back anything they find. Successfully completing the mission grants a unique item reward, and participants will get their choice of G.O.R.E schematics.

“We’re incredibly proud of this update. Our driving principal right now is to create sustainable, long-term interactions with the environment and other players, and G.O.R.E weapons, along with Global Territory Control and some future updates, get us closer to fully realizing that goal.”

Fallen Earth is a Free2Play post-apocalyptic MMO set near the Grand Canyon in 2156. A hybrid third-person shooter and hard core role-playing game, Fallen Earth features real-time twitch-based combat, six factions, a classless advancement system and a powerful crafting system in which players can make 95 percent of in-game items. With more than 1000 square kilometers of territory to explore, Fallen Earth players can experience an unparalleled game world while completing more than 5,500 game missions, including the ability to capture towns and territory. 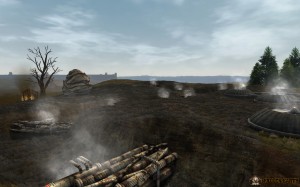 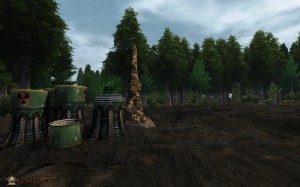 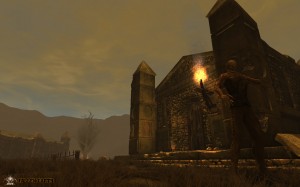