Crytek announced that it will once again be attending the gamescom expo in Cologne this year, giving players a chance to go hands-on with their free-to-play military shooter, Warface. According to the press release, the convention takes place from August 21-25 in the Cologne Exhibition Centre, where Crytek will be inviting players to step into a scale model Chinook helicopter and sample Warface’s team-based co-operative and competitive game modes.

Gamescom visitors can come and test their mettle on the frontline, at the Warface booth in Hall 7.1, area A 031. For business visitors attending the show, Crytek’s business booth can be found in Hall 4.1, area A 037.

Warface will return in time for gamescom for a new closed beta testing phase from August 21, meaning players in North America, Europe and Turkey will be able to enjoy top quality FPS action online via GFACE. The game boasts a constantly updated universe that offers new challenges every day, as well as action-packed gameplay featuring four distinct soldier classes.

Team-based abilities and extensive customization options promise to add to the fun, making Warface a unique experience whether you’re jumping in for a quick play session or immersing yourself over a longer period. 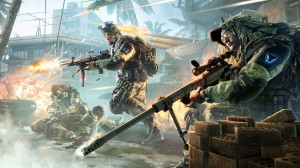 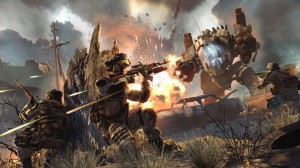